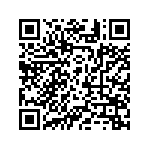 In Rwanda, mental illness is strongly stigmatized, especially when women suffer from it.

Alice is a 20-year-old girl who lives with her family in Kabuga, a village belonging to Gicumbi, in the Northern Province of Rwanda. She grew up in her grandmother's house, where she now lives with her older brother and a three-year-old son.
At the age of 16, Alice became pregnant. Without the support of her partner, who left home shortly after the baby was born, she began to feel like a burden to her grandmother and to isolate herself. Anxiety, fatigue, dissatisfaction, lack of appetite began to become a large part of her daily routine. Despite her reluctance to any external help, her grandmother stayed by her side and later she was contacted by the volunteers of AVSI Rwanda.

Alice joined the CARE project in November 2020.
She was diagnosed with acute depression and in order to fight it she was offered to participate in meeting groups dedicated to single mothers and, later, in training courses on parent-child relationships. Subsequently, the girl also enrolled her son in TWITEZIMBERE, an educational group for children, created by AVSI through the project.
One year later, Alice feels better and organizes the future of her family with more ease and hope.
By joining the savings group organized in her village, she bought some livestock and started a small business. Today she runs a small store where she repairs and sells shoes.

Almost two years after the start of the CARE project, AVSI Rwanda has provided mental health care to about 4700 people in the rural areas of the country.

In Rwanda, mental health continues to be a socially sensitive issue. In rural areas, cultural traditions and lack of adequate infrastructures further increase its negative impact.

In this context, AVSI Rwanda has implemented through the CARE project a series of interventions aimed at stimulating dialogue at community level and reducing the vulnerability of people affected by mental disorders: the involvement of a large segment of the community is indeed essential to address the issue. The project addresses first and foremost those who suffer from a pathology, but more generally also their family and friends.

The initiative places a special focus on women, who, due to lesser social integration, often find themselves facing even more difficult situations. In fact, in the districts of Gatsibo, Gicumbi and Nyanza, 70% of the total of 6900 vulnerable people identified are women.

One of the primary objectives of the CARE project is to counteract the stigma of mental health problems which, especially in the villages, forces those affected to the margins of the community. For this reason, 8889 people, all family members of individuals affected by psychological disorders, have been involved in activities of awareness and promotion of mental health.

To date, through the funds provided by Fondation d'Harcourt, Else Kröner-Fresenius-Stiftung (EKFS) and Support International e.V., thanks to the collaboration with the Department of Mental Health of the University of Rwanda and the Neuropsychiatric hospital Caraes Ndera in Kigali, we are now counting:

In the rural areas of the country, the savings groups also play an important role in enabling families to meet their needs, including health. Contributors pay a small amount of money on a monthly or weekly basis in order to build up savings over time to buy medicines, livestock or start a small business.
Since the beginning of 2020, 24 savings groups have been formed with a total of 504 members.