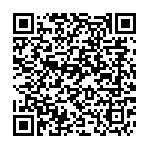 On August 4th, 2020, a terrible explosion ripped through Beirut’s harbor and wounded the entire city, causing more than 200 victims and over 6.500 injured. Broken glasses, debris and rubble have been recovered as far as 5 kilometers from the explosion’s epicenter. The explosion has upset a country that was already facing a very deep economic recession and the consequent debasement of the Lebanese pound, which has brought the 50% of the population under the poverty line, worsening preexistent vulnerabilities among the local people and refugees; indeed, Lebanon hosts 1.500.000 Syrians and 300.000 Palestinians, a presence posing enormous problems in the provision of basic services.

According to UN’s estimations, more than a third of the Lebanese lost their job because of the COVID-19 crisis and almost a 20% saw a drastic reduction of their salaries.

Between August 5th and 6th, the staff in the Lebanese capital has immediately responded to the emergency, conducting a needs analysis in the neighborhoods of Geitawi, Achrafieh and Bourj Hammoud to get a view of the emergency and to gather the first information on the explosion’s impact among the families of the neighborhoods east of Beirut.

A team of social workers has identified the needs of the families most affected by the explosion, also in the light of previous vulnerabilities, and a technical team of engineers has carried out the structural assessment of the damage to their homes.

So far, AVSI has reached 160 families, and for 95 o f these has formulated a personalized intervention plan for the structural requalification of the house or the commercial enterprise on which depends the household income, as well as for a psychosocial accompanying process to help overcome the trauma.

The story of Najat

Our staff met Najat during the first reconnaissance in the neighborhood of Geitawi, while she was trying to clean from the rubble her grocery store. She is 60 years old, she is a widow and her store is the only source of income for her and her 34-year-old son with intellectual disability. The explosion had broken in pieces part of her store, shattered windows, doors and her hopes for survival. The refurbishment of Najat’s small shop was one of the very first interventions handled by AVSI: in a matter of ten days, doors and windows have been replaced, the walls repainted and the wood finishes of the ceiling adjusted. Najat has re-opened her shop and is trying to resume a sort of normality for her and her son.

Azadouki, of Armenian origin, is 74 years old, widow and she lives alone. She got hurt because of the explosion, and the house where she lives was badly damaged. Our staff’s intervention has made her house livable and safe again: the glazed windows have been replaced, the walls repainted, the front door adjusted. Azadouki feels safe now and less alone above all, thanks to the support of our social workers.

The story of Fadi

Fadi runs the Orchidée, a flower shop in front of St Georges hospital with which she provides for her family. On August 4th, the shock wave destroyed her shop, house and car. Thanks to AVSI’s intervention, the shop has already been restructured and Fadi has resumed her business, waiting to be able to restructure her home too.

The story of Taline

Taline, widow from few months, is 47 years old and lives with her sons Marc and Mira. Since she is without a job, Marc and Mira pay for their studies by themselves. Their house in Mar Mikhael was seriously damaged after the explosion. “When Marc lost his job as a waiter, - says Taline- I didn’t know how we could raise ourselves and resolve the situation. Then I met Chafica, social worker at AVSI, who has listened to me and included my family in the program. Now, the house has been restructured and, most of all, we feel less alone”.

Thanks to its rooted presence in this territory, to the strong relationships with the local authorities, to the immediate ability to mobilize resources and to the collaboration with UNHABITAT, AVSI could promptly take charge of the refurbishment of houses and shops belonging to people with a high level of vulnerability. These relationships have favored the access to further funding channels, as the United Nations Development Programme (UNDP) agency, with which AVSI signed a contract worth 270,000 Euros for a project that involves reconstruction programs, cash for work and psychosocial support activities, creating synergies with the funds of the #LoveBeirut campaign.