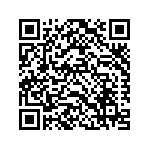 The experience of the Brazilian Association for Protection and Assistance to the Convicted (APAC) has been presented at a four-day symposium organized by the European Union entitled “Work in prison and recidivism”, held in Buenos Aires on April 15th-20th. APACs’ experience, showing recidivism rates going down to 10%, shines on the international arena.

The APAC case was presented in the framework of EUROsociAL, the most important program of political cooperation between Europe and Latin America, where the main strategies to be adopted by Governments in the coming years have been outlined. The meeting was attended by representatives from France, Spain, Italy and Germany as well as prison service directors from 13 Latin American countries.
What clearly emerged from the debate is the failure of the prison system at the global level. Recidivism rates between 70% and 90 % are a constant in all countries. Uncontrolled costs, social insecurity, increase in the prison population are issues common to all continents. Some experiences stand out in this dramatic framework, such as the one of Brazilian APACs in the state of Minas Gerais.
APAC is a not-for-profit organization which aims to create an innovative prison management system by giving inmates a chance to live a new humanity and freedom even behind bars, and facilitating their reintegration into society. In Brazil, there are 147 APACs showing recidivism rates going down to 10%. Furthermore, the cost per person for the construction of a jail site is a third of the cost of the conventional prison, and the maintenance costs are halved.
The APAC methodology was created 40 years ago by Dr. Mario Ottoboni, a Brazilian lawyer and volunteer of the Prison Pastoral Care in São Paulo. Today this methodology is recognized by the Brazilian law and applied by the Courts of 17 Brazilian states. This methodology is based on the recognition of having committed a mistake and the decision to change life within the APAC facilities.
AVSI, thanks to the funding of EU delegation in Brazil, implements the “Alem dos muros –Beyond the walls” project in Minas Gerais, in partnership with the Brazilian organization Instituto Minas pela Paz, aiming at strengthening APACs’ management, which mainly involve volunteers, and providing inmates with vocational training and access to the labor market.
The presentation of the project was also the occasion to introduce in the general debate the crucial theme of the importance of creating synergies among the various development programs promoted by the European Union.APACs’experience had a strong impact, some representatives from the Countries seemed more conservative, many others intrigued, and at the end of the meeting four Latin American countries included the deepening of this methodology among the priorities of their governments for the next 2 years. Once again this Brazilian reality has been the big news on the stage of international prison systems.
Recently, on may 16th ,a delegation of Ambassadors from the EU member states, headed by Mr. Frank Sheridan, Ambassador of Ireland and Ms. Ana Paula Zacarias, Ambassador of the EU Delegation, visited the APAC unit of Santa Luzia.
On May 20th, at the World Bank headquarters, the “Alem dos muros” project received the Most Promising Approach award within the Experiences from Field of the Jobs Knowledge Platform READ THE NEWS
Read APACs' presentation