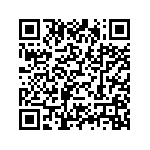 It is a rainy day and schools have finally reopened. Learners have settled in and Silvia is preparing breakfast for everyone at home and helping her younger siblings wear their socks as she ensures the porridge on fire does not burn and speaks with Robert, her brother about what they should do with the harvested maize – to sell or keep for their home consumption.

Their garden has yielded so much maize that they are excited about - thanks to the seeds donated by Meeting Point Hoima, which has made their three months ahead assured of meals.

Silvia smiles as she meets her responsibilities; after all, the children are returning to school and they do not have to worry about what they will put in their stomachs, and thanks to AVSI's Distance Support Program, their school fees have been cleared.

"I was only 19 when my mother passed away and I had to fend for my three brothers, three sisters, and for myself. We would never have made it if it wasn’t for the Meeting Point Hoima's social workers who persistently came to our aid, and now look at us, Robert has a stable income, Lilian is a teacher, Joan is completing her studies, and the little ones have a family to rely on. Isn't it lovely?"

Silvia is a role model for everyone who meets her; she is a strong, generous, and hardworking woman who has managed to keep the family together since her mother's passing.

Silvia's mother was HIV-positive and she had eagerly participated in the activities of the Meeting Point Hoima, an indigenous partner of AVSI Foundation dedicated to fighting HIV and AIDS in Hoima District, 250 kilometers from Kampala. Silvia's mother received the care she needed from Meeting Point Hoima and from her savings, she purchased a piece of land and constructed a home for her children.

Robert informs us that:

"Mum left us a house but it was in a tumble-down state. We decided to renovate it together and we're gradually repairing it. We have added two extra rooms and we replaced the roof. The family is expanding and we want to stay together since we are stronger as one.”

Robert now works in a primary school in the Kikuube District . Sister Lilian, like Joan, chose to pursue a career as teacher as well, and Meeting Point Hoima continues to support them to grow their aspirations.

And Joan, is confident about the future of her brothers and sisters, and her own and is motivated to do her best in all her life’s plans. "It's not only about paying school fees. Aisha, the social worker is a point of reference for me, and I believe for my siblings as well. Her presence in our home brings us a sense of warmth."

Since the early 1990’s when millions of Ugandan’s were affected by HIV and AIDS and many lost their lives to the disease, Aisha has worked at the Meeting Point Hoima where she has helped thousands of families find hope and overcome the enormous stigma associated with the disease and she adds her thoughts thus:

"Our work has evolved through time - from the health crisis of the 1990’s to today's economic crisis which has placed many families in danger of poverty, the spirit has remained the same: we want to accompany families on their journey to independence so that they can manage their lives and become protagonists of their own future."

In 2022, the AVSI Foundation's Distance Support project serves 2,223 families and continues to establish a more sustainable and fair society through a family-centered approach.