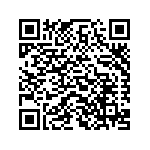 In a Middle Eastern context marked by an unprecedented economic and social crisis, while the attention of international donors and institutions is turned towards the crisis in Ukraine, Syria cannot be forgotten. Syria crisis calls for a reflection that combines the need for humanitarian intervention with the prospect of sustainable reconstruction and recovery: there is a need not only to respond to the demand for primary goods, but also to allow Syrians to acquire their autonomy and independence by accompanying them on a path of development and economic autonomy. This approach must also encompass the phenomenon of IDPs who must find long-term responses in areas of no longer temporary residence.

For Syrians who are still refugees in neighbouring countries, the still slow process of return must always be monitored, but at the same time the aid action that distinguishes between the welcome and the welcoming must be definitively overcome: in countries in crisis such as Lebanon (but not only there), the level of impoverishment of the population requires responses that involve the entire resident community and avoid as much as possible the risk of polarisation of needs and consequent community conflicts.

This can happen through a dialogue involving European institutions and local realities on new contents. The involvement of local governments, community leaders and civil society can be the guarantors of true ownership.

We will discuss with our panelists how to accompany local stakeholders in a path of early recovery and autonomy in particular in the field of agriculture (livelihood), education and health. The 6th Brussels Syria Conference is a unique opportunity to reflect on the steps taken in recent years and to address the crisis by promoting the early recovery of the country through development.

Views, thoughts, and opinions expressed during the side events reflect solely those of the speakers/organisers and do not constitute endorsement by the EU or the UN.