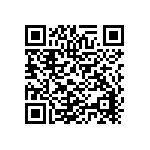 AVSI will celebrate its 50th anniversary by involving its staff, donors, supporters and beneficiaries in various events, that will be promoted in all the countries where it works.

A global calendar of celebrations will cover the Middle East, Sub-Saharan Africa, Latin America and Italy, where AVSI is present today. The program will include an array of different events and activities designed to invite us all to reflect on international development cooperation, on how it has changed through the years and how it can further evolve in the future.

In Syria for Open Hospitals

This event will be dedicated to the Open Hospitals project, stemmed from an idea of card. Mario Zenari, Apostolic Nuncio in Syria, realized by AVSI and supported by the Dicastery for Promoting Integral Human Development.

As of today, it has ensured more than 60,000 free treatments to vulnerable Syrians through its collaboration with three hospitals, two in Damascus and one in Aleppo, and with 2 dispensaries in the outskirts of the capital city.

Five years after the project started, it is time to draw the first conclusions: for this reason, AVSI is promoting this event - as a chance to verify what this action was defined by, to measure its impact on the lives of the Syrian people and the local community, to report on how the collected funds have been used and to identify potential improvements for the future.

Beyond development, the future we want

A learning event designed as an opportunity to listen and share knowledge, addressed to AVSI’s friends and supporters, public and private donors, think tanks and universities, representatives of the Holy See.

It will revolve around several themes, linked to the various sectors AVSI is active in: education, climate change and agriculture, migrants and refugees.
Space will also be given to young people, who had an opportunity for change thanks to AVSI.