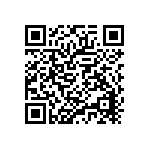 The goal has been clearly stated: to establish a new partnership between Europe and Africa.

But the key words of the summit opening today in Brussels between the European Union and the African Union unfortunately do already sound familiar.
Therefore, they risk to fuel a certain amount of skepticism about this event which, five years after the previous one, is returning as a ritual for high-level officials and heads of state.
We need rituals, as we need meetings between leaders of countries that are completely inter-dependent.
But after a pandemic, we cannot afford to let this year's event pass without verifying what we have managed to do and what remains to be done. A process of verification that can no longer be postponed: we must observe what is already in place, evaluate good practices and failures, in order to understand where we are still lacking and where we are acting effectively.

An essential contribution to the observation of reality, to the recognition of what is valuable, comes from civil society organizations: by their nature they reduce distances, they know how to build relationships between worlds that would otherwise be separated, they relate the needs of the individual to those of their community, they know how to bring to the tables of those who govern the voice of those on the ground, showing the valid resources on which to rely.

And what have civil society players found out in recent years?

For example, that the attention paid by the European cooperation to fostering relations with businesses in Africa, both local and international, is working.
That the mix of loans and non-reimbursable financing is beneficial in countries that want to combat inequality.
That investment in basic education (from kindergartens to secondary and then tertiary schooling) is confirmed as the best way to get entire generations in poor countries out of the "poverty trap".
That professional training conceived in relation to labor market demand is viable, and changes the lives of people and communities in contexts where migrants and refugees arrive.
That the development of small and medium-sized enterprises, where particular attention is paid to social and cooperative enterprises, continues and is able to withstand the test of markets and competition...

In order for a new alliance between the European Union and the African Union to be not only enunciated, but actually implemented, knowledge and evaluation of these experiences are needed.
They prove to us that it is not possible to conceive development without simultaneously integrating economic interventions with social ones, health plans with environmental protection actions.
But also that there is no point in building infrastructures without involving the communities that will use them.
Or designing vaccination plans without involving individuals, communities, local institutions.

But I would like to push the provocation even further: we Europeans should go to Africa and learn.
Now that our country is debating how to use the funds of the NRRP (National Recovery and Resilience Plan), now that municipalities and metropolitan cities fear they will not be able to co-program and will lose the promised aid, they now can look at - it sounds like a paradox - concrete cases of development cooperation projects in Africa.
Here, they learn that it is necessary to overcome the logic of silos if one is to aim for development, that the good of the individual person can never be separated from that of the family-community to which they belong: does the urban planning of a suburban neighborhood have to be redesigned? Well, it should be done by involving the inhabitants in co-planning.
Do refugees and displaced persons need to be helped? Then, it is necessary to create programs that support both the hosting communities and those who arrive.

Sustainable development at all latitudes requires long-term, tailor-made plans.
The EU remains one of the largest and most generous donors of aid to many African countries.
If it were to try to bend down and listen to those expressions of civil society that can report on what is working on the ground, it would be surprised to discover how much more good it can do for the recipients of its initiatives and how much it itself has to gain.