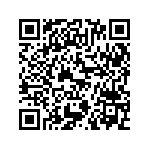 On Tuesday January 25 (at 3 pm in Italy – 9 am in Washington DC) AVSI Foundation hosted a learning event on the theme of “Pathways for Refugee Livelihoods and Integration” together with the US State Department, Bureau of Population, Migrants and Refugees (PRM)
The virtual learning event featured 6 projects implemented by AVSI worldwide, including 5 funded by PRM and 1 by USAID.

Since 2011, AVSI has been a partner of the US Government—PRM and USAID—working with refugee and migrant populations in Africa, the Middle East and Latin America.

In every project, work and sustainable livelihoods are pivotal, as they are essential tools to promote AVSI’s vision of integral human development.
AVSI offers a broad vision of the importance of integrated livelihoods programming and has multiple tested approaches to support self-reliance and peaceful integration of migrants and refugees into the host community.
Through these activities, AVSI has experienced and will share the importance of adaptation of these models to each country and project context.
"Our learning is characterized by observation, awareness and accountability to the beneficiaries we serve" - declared AVSI Foundation Secretary General Giampaolo Silvestri, who was among the event speakers together with Marta Youth, PRM Deputy Assistant Secretary, Anna Nicol, PRM Policy Analyst, with Jackie Aldrette, AVSI Foundation Deputy Secretary General serving as moderator.

This is a unique effort that AVSI has undertaken. It is a great initiative that we appreciate. PRM takes seriously our responsibility to be good stewards of the resources we have, and initiatives like this help us to do this.

AVSI Project Managers shared brief overviews of their projects, with emphasis on livelihoods activities and results in the Middle East (Lebanon and Iraq), Latin America (Ecuador and Brazil) and Africa (Kenya and Uganda).
AVSI focused the discussion on the key learnings that have emerged from these project experiences with the intention of documenting the conclusions in a summary paper.