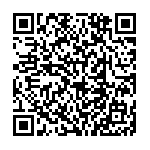 Today, the key word in the world of development cooperation must be "partnership on an equal footing".

We do not work "for" developing countries, but "with them" as the goal is to develop increasingly synergic and cohesive actions, capable of involving everyone: from stakeholders to local authorities, funds, NGOs and businesses.

This was one of the themes addressed by Yasmine Sherif - director of Education Cannot Wait - during this year's Rimini Meeting, in which she underlined the need to work "as one humanity" in the formation of future leaders. The aim is to raise people who can become protagonists of development in their own country and who are therefore able to go beyond the immediate and think of the common good.

Education is a tool that benefits not only the direct beneficiaries of cooperation projects, but also all those involved. In explaining the central role that education has always played in all AVSI's projects, secretary general Giampaolo Silvestri defines it as a path "that accompanies" and contributes "to generate independent selves, people who recognize their own value, along with that of their own dignity. In this way, they are able to recognize the value and dignity of others".
In situations of emergency and armed conflict, the primary scope of Education Cannot Wait's work, education becomes an opportunity for strength and resilience to flourish in little children.

The story of Erneste Nzeyimana proves it.
Born and raised in Rwanda, in a family that could not afford to pay for his studies, he was sponsored for 10 years by AVSI through the Distance Support project. Erneste says he was very impressed by the fact that "perfect strangers" decide to change the lives of other people by giving them the tools to create a future. By giving them an opportunity.
Thanks to the Distance Support project, Erneste was able to continue his studies and graduated in electronic engineering. Today he manages the telecommunications company Telecom Services Provider Ltd in Rwanda.

Education is the real engine of change for a new model of development.