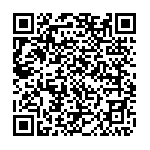 The new BoD is composed of:

The Board of Auditors consists of:

The new BoD gathered on this day, June 24, and confirmed Patrizia Savi as president, Giampaolo Silvestri as secretary general, and Alfredo Mantica as vice-president of AVSI Foundation.

A special acknowledgment goes the outgoing board members Alda Maria Vanoni, president of AVSI Foundation from 2015 to 2017, and Michele Faldi. The Board praised the meaningful contribution they made and the commitment with which they carried out their tasks as members of the board.

“I thank the founding members and the Board of Directors for their renewed trust,” stated Patrizia Savi, appointed as president, “I am proud to continue to make my contribution to the work of AVSI Foundation. After almost 50 years of activity, today AVSI is one of the biggest third sector organizations in Italy and carries out international cooperation projects in 33 countries around the world.”

“I am grateful for the trust I have been given again,” said Giampaolo Silvestri, secretary general, “For AVSI, these years have been marked by significant growth that must be steered using a sense of responsibility, caution and competence. We have embarked on a process of decentralization, constant personnel training, shared management, of placing ourselves in the global arena. This allows us to compete and collaborate with high-level NGOs from all over the world, without losing our own identity and original force.”