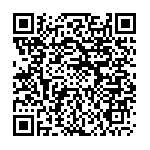 “In the past, I had to beg for assistance, but today I can get what I need from my garden”, says Akuac Aguer, a 34-year old widow and mother of six living in South Sudan’s Twic County, a part of Northern Bahr El Ghazal State with a population of 85,974 people.

“Nowadays, my children can drink their their tea in the morning and eat food with vegetables. I also realized they rarely get sick”, she adds. Things got better for Akuac’s family when she learned new ways of gardening and worked with other women-farmers.

In May 2020, Foresite project mobilized communities in South Sudan to establish mother garden groups to support women like Akuac: she was enrolled in Panur Women Farmers Group.

The project is funded by the European Union and implemented by World Vision, AVSI and the Norwegian Refugee Council (NRC). Five groups were formed in 2019 and Akuac’s group has 50 members. In March 2020, they received seeds and tools.

Thirty-seven mother groups were organized for vegetable gardening in its operational area with the goal of increasing household horticulture and dietary diversity. Over 1,000 people, 780 are women, have been supported through the mother garden groups.

The project provides different support such as assorted vegetable seeds and tools to help mother groups establish vegetable gardening, in a group and individually, primarily for direct consumption. The women farmers are also encouraged to market the surplus production to help them generate some income.

Akuac used to have a small vegetable garden enough to feed her family during the lean season. But she has not utilized the plot properly hence she cannot provide for other necessities like soap, salt, and school fees for her kids.

Nowadays, my children can drink their their tea in the morning and eat food with vegetables. I also realized they rarely get sick.

“By God’s grace this year, we received some tools, watering cans and treadle pump from World Vision to support the group’s activities. This move has enabled me to expand my portion of the garden.”

Akuac now cultivates gardens and during the dry season, planted more than 10 plots with different varieties of vegetables that include Jews mellow, okra, amaranthus and purslane. This has provided her children steady supply of vegetables at mealtime.

“I used cow dung to fertilize the field and water from the pond for irrigation, using a treadle pump and watering cane”, she shares. Akuac added that they spent less time and effort to care for the gardens and more time for the family’s needs.

With her income selling the vegetables, Akuac was able to pay the school fees for her two children who study at Dhangrial Primary School. “This season, I am expecting an increase in my income because I have increased my plots and the season is longer than normal. In May, we start preparing the plots as the rainy season starts”, shares Akuac.

World Vision Agronomist William Ubor explains, “Mother support gardens have improved the capacity of farmers to address hunger. Aside from improving nutrition, it increased their income through selling vegetables.”

“With the financial support from the European Union, World Vision with its partners, NRC and AVSI, the project will continue to help improve the food security of rural smallholders in Greater Bahr el Ghazal and empower them to cope with environmental challenges and insecurity’’.