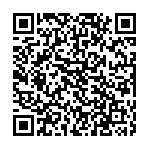 Marco, 17, left Honduras for the United States in search of a job, so he could give his 3-year-old son a better life. While passing through the southern border of Mexico, he encountered the criminal group known as the Maras, who assaulted and stripped him, leaving him with nothing.

Since then, Marco was forced to stop his dream, now he is staying at the Albergue Hermanos en el Camino, located in the region of the Isthmus of Tehuantepec in Oaxaca, where, along with 30 other unaccompanied children and adolescents, he has received shelter and food. He has been one of the beneficiaries with the delivery of food and essential items, which AVSI and its partner FM4 Paso Libre have delivered to more than 200 people, among families with unaccompanied children and adolescents, who live in and around 4 shelters, two located in the state of Jalisco, on the northern border of Mexico and one in the state of Oaxaca, on the southern border of the country.

The Inclusion Dignity project is possible thanks to the signing of collaboration agreements between Fondazione AVSI and Dignity and Justice on the Road A.C. (FM4 Paso Libre), with the NGO Promotora de Vivienda y Acción Social (Albergue El Refugio) in the state of Jalisco and the Albergue Hermanos en el Camino, in the community of Ixtepec, in the state of Oaxaca.

With the intervention, we seek to accompany young people in a situation of mobility, so that if they wish they can have a dignified inclusion in the communities of migratory transit, as is the case of 16-year-old Julian, who lived with his mother and stepfather in Guatemala. He decided to travel alone in one of the migrant caravans that was heading to the United States, where one of his brothers lives, he wanted to find a job to support his family economically. The current world situation led him to rethink his dream, his mother and stepfather motivated him to apply for refugee status, now he will stay in Mexico, he wants to go back to school and resume his studies.

With the delivery of pantries, AVSI not only ensures that the children have food with the necessary nutrients for their growth, it will also design together with the shelters a post-contingency Continuity Plan, to continue accompanying the migrant children and adolescents with distance education activities, to accompany them in their passage through Mexico and if they wish, ensure their dignified inclusion in the country.