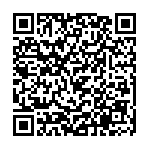 “Our visit to the students in the past months unearthed the challenges they face during the lockdown. They want to have something to occupy them,” says Bosco Olweny, Project Officer, AVSI Foundation.

Stemming from this need identified by Bosco and his work colleagues, AVSI proposed drama activities to the young residents of Palabek Refugee Settlement, and grouped them in clusters of not more than 20.

And why choose Drama? The benefits of drama are physical, emotional and social and a virtuous option to help young people cope in difficult situations and become creative while promoting social behavioral change with humor, play and laughter. This is the belief from which the Ada Rii Group (loosely translated as “truth lasts longer” in a South Sudanese language), a local drama group of mostly youth in Palabek Refugee Settlement began.

The troupe chose this name because they aim to grow and remain united for longer. They now focus on an hour’s show on two major topics they feel are important to them: violence against women and prevention of COVID-19 infections in their community – the real life issues they are facing.

Richard, one of the group members started acting drama plays when he was in primary school. And now his talent has found a place to practice and to train his peers in the settlement.

Ada Rii Group makes performances thrice a week in different areas in the settlement, sharing messages on how the population can report cases of domestic violence but also providing practical advice on how to safeguard against COVID-19 infections.

“Before I started theater, I felt stuck in a pathetic situation. I was a victim of violence but now I am up-to-date with what to do. I want to be a champion in the fight against violence in this place,” says Josephine.

And for Mark, another group member, having fun keeps them company, creates strong relationships and helps his community grow. “We come from different blocks (in the settlement) but we now feel like one family and we can depend on each other.”

And when the group members will succeed in their goal to end violence and prevent COVID-19 infections, their next plan is to organize new concerts on HIV and AIDS and on the importance of education – this is their way of contributing to development in their community – thanks to the funding from Italian Agency for Development Cooperation through a partnership with AVSI Foundation.