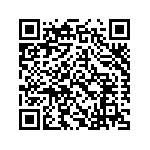 His name is Ezekiel Nduwimana. He was born in 1986, in the commune of Kiremba in the province of Ngozi (in the north of Burundi). He lost his mother very early and his father left to remarry after leaving his son in the hands of his brother who lived in the Bujumbura Town Hall (in the peripheral district of Kinama). As Ezéchiel lived in a poor family, he started working very early to get some money. He spent his time in Bujumbura's biggest garbage dump in the Buterere area to collect scrap metal to make and sell charcoal stove. It was in 2001 that Ezéchiel began to be supported by AVSI, through the MEO Center of the Distance Support Project. At that time, AVSI had just opened its doors in Burundi and was beginning to identify vulnerable children in the northern neighborhoods of Bujumbura. From that time until today, Ezéchiel's life has been linked to that of AVSI.

From the 5th year of his primary school to the end of university studies at the Higher Institute of Development in 2016, Ezéchiel has benefited from multifaceted support. These included school fees, health care, psycho-social assistance, not forgetting the "extra gifts" offered by sponsors in Italy as part of the Distance Support Program Project. "I thank my Italian sponsors who supported me from 2001 to 2015 until the end of my university studies" said Ezekiel.

Between October 2016 and December 2017, Ezéchiel worked as a volunteer for AVSI, at the MEO (Mothers, Children and Orphans) Centre, located in the Cibitoke zone of Bujumbura City Hall. He was in charge of the supervision of young people, awareness activities, games, etc. He was also in charge of the training of young people. Because of his dedication to AVSI, Ezéchiel was hired as a tutor from December 2017 to February 2020 in the framework of the ARTE project (Support to the Reinforcement of Technical and Educational Capacities) funded by the European Union and then he was promoted technical assistant of the same project until today.

"What I am, I owe a lot to AVSI who raised me, educated me, looked after me and provided me with a job ", Ezéchiel noted. He added that his social status has increased because of his commitment to the community through AVSI projects and he is very grateful to this institution.

Riccardo Bevilacqua, Representative of AVSI in Burundi, told us that the journey of Ezéchiel Nduwimana is a model of success for AVSI and its Distance Support Project but also for the beneficiary. According to him, it shows that AVSI's interventions have a positive and sustainable impact for the integral development of the populations, especially the most vulnerable.

Note that on January 4, 2020, Ezéchiel married Aline Munezero, in the presence of several members of AVSI staff, becoming a new family for this orphan, supported by AVSI's distance support program project for nearly 20 years .