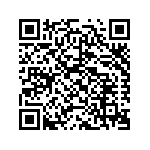 On February the 25th in Aqaba, Jordan, AVSI officially launched the ''Youth-Led Football Program'', a joint initiative in partnership with the Italian Footballers' Association (AIC) directed towards young refugees and Jordanian, where sport becomes a way to promote a culture of peace and social cohesion.

To kick off the project 15 young men took part in a football training session with Damiano Tommasi, former Italian player and president of AIC, Simone Perrotta, 2006 world champion, and AIC trainers from Italy. After the training session, these 15 guys are going to coach Syrian and Jordanian kids based on AIC method. AIC’s methodology is indeed in line with AVSI’s methodology, in that they promote a similar educational approach. In every project AVSI promotes the centrality, dignity and value of the person, even within crisis and emergency contexts. Similarly, for AIC the child is always “at the center” and football is not just a game, but a window of opportunity for learning and growth. The organized sport activities will allow the youth involved in the training to develop skills that will be useful throughout their lives outside the football field: team work, cooperation, communication, leadership, acceptance of the other and a constructive approach to learn with both wins and losses.

The launching event took place at the Aqaba stadium, and was attended by Michele Morana, head of the AICS branch in Amman, Fabio Cassese, Italian ambassador in Jordan and Giampaolo Silvestri, AVSI Secretary General.

''This initiative - explained Giampaolo Silvestri - is part of the SAFE II project funded by AICS under the patronage of Aqaba Governorate. The number of refugees here is not high; nevertheless AVSI decided to intervene in this area because it recognized the possibility to help Syrian refugees as well as Jordanian people, by leveraging the development potential of the area to get them out of poverty and promoting a peaceful coexistence''

Damiano Tommasi underlined the educational aspects of the project: '' It is very important because it allows us to experience sport as a moment of growth for all of us, adults and children, and above all as a means to tear down barriers ”.

As underlined by Michele Morana, AICS Amman: ''This partnership could represent a best practice based on a mutual exchange of skills and experiences between the Italian and the Jordanian civil societies’’.

Fabio Cassese, Italian ambassador to Jordan, highlighted the importance of programs such as the Youth-Led Football Project, to increase the resilience of weaker populations and especially of children, to create a culture of peace, tolerant coexistence and collaboration in a country such as Jordan, where hosting communities and refugees communities live together day by day.

The words of Ghassan Alqaid, governor of Aqaba, echoed those of the ambassador: ''The mass influx of Syrian refugees has been hard to manage for our country; we were not ready to host such a big flow. That is why any project like this one, that supports Jordan in overcoming this challenge, is highly appreciated''.

The event ended with a football match between the future Syrian and Jordanian trainers on one side and AIC’s trainers and AVSI’s staff on the other side. Nobody sat on the bench: team jersey also for our Secretary General Giampaolo Silvestri, the ambassador Fabio Cassese and the head of the AICS Amman office Michele Morana.

This first week of technical and practical training will be followed by a long-distance session through an e-learning platform, and a third and last session during which AIC trainers will go back to Jordan to oversee the development and progress of the local coaches and their teams.