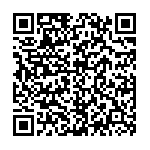 The path towards women’s empowerment is long and steep; but this does not mean it is a path one should not undertake. In Southern Jordan, AVSI is implementing a Cash for Work initiative that involves vulnerable Syrians and Jordanians. Besides promoting social cohesion, this project acts as a catalyst for women's empowerment (40% of the beneficiaries).

When the project started in 2018, female workers were in a situation of psychological and financial distress. They felt dependent members within their household and unproductive members within their community. By working together Syrian and Jordanian women gradually became more aware of their own value. Having their own income helped women not only in increasing their financial independence, but also in becoming protagonists of their own personal development.

The intervention ends in 2020 and it is part of the project “Improvement of Green Infrastructure in Jordan through Labour-Intensive Measures (cash for work)”, implemented by AVSI and GIZ on behalf of the German Federal Ministry of Economic Cooperation and Development (BMZ).

The project has been reaching 449 people providing them a short-term job (40-80 working days) and technical and life skills training. Workers has been involved in the regeneration of the public green spaces in two cities of the Aqaba governorate: Quweira and Zarka. Men work on the construction of urban furniture and planting trees, while women wor on urban decoration.