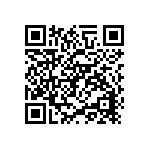 Justine is one young active participant in these activities, which AVSI set up in the Multifunctional Youth Centre in Omugo. Justine decided to flee South Sudan, leaving his mother, when he was just 18 years old, having witnessed violence and fighting. His best friend was shot dead in the violence. The trauma of losing his friend haunted him, loneliness and the fear of violence pushed him to escape.

Justine longed for an opportunity to start playing football again, which he had loved to do back home in South Sudan with his siblings.

The day I began playing soccer [again] was the start of my joy. I felt better and better every day I went to the centre, where I met other youth and we shared experiences.

Today, Justine and other young people like him can see life from a different perspective. “The team I play with has become my family,” Justine said. This experience of football and camaraderie has brought back enthusiasm for life in this eighteen-yearold, enthusiasm that is now leading him to resume secondary school.

Forty-seven-year-old Lillian lived in Yei, South Sudan. She had always lived in her home there until the day her husband was killed during the conflict, leaving her alone with their young children. Lillian’s life changed suddenly. Taking on great risk, she walked for weeks with her children, along the way finding temporary shelter and protection in dense vegetation, until she arrived in Uganda.

The day I left my country, I was filled with sorrow. I was abandoning my land and the farm I had built and depended upon.

In the Omugo refugee settlement, AVSI has given her the opportunity to have a second beginning, and at last have a way to feed and support her children properly. As a result of her participation in gardening training, Lilian learned how to grow high-yielding crops, and she put into practice the skills acquired in her small backyard garden. Having food on her table inspired her to take into her care two unaccompanied children in Omugo. The plight of such children illustrates yet another dark aspect of the violent conflict that is shaking the youngest country in Africa.

As she works to secure food for her now “extended” family, Lillian’s long-term goal is to acquire a larger piece of productive land on which to grow more food. The obstacles she faces along the way are many. She misses her home, and life in a refugee camp is not as easy as it could seem. But she is determined to keep going and move forward, in order to give a brighter future to her children.

These "second beginnings" have been possible thank to the project, funded by AICS (Italian agency for development cooperation) "SURE: Support and Response to the Humanitarian Emergency affecting South Sudanese refugees in Rhino Camp, Arua District, Uganda"