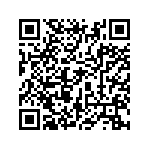 The project "Promotion of Awareness Against Illegal Migration in Ivory Coast" wants to prevent the phenomenon of irregular migration and promote the socio-economic integration of 250 people (potential migrants returning to their villages) in the areas of Bouakè, Daloa, and Yamoussoukro.

AVSI plans to properly inform potential migrants on the risks of the journey and on life conditions that might await them in Europe by distributing information in local languages, organizing meetings in parishes and dioceses, producing a short film on living conditions in the countries of arrival and sharing testimonials by migrants who have returned to their countries of origin.

At the same time, AVSI will provide viable alternatives to prevent migration by offering training courses, internships in micro-businesses and wage management, but also supporting beneficiaries in their crafts, agriculture or livestock activities.

This project is part of a wider campaign called "Free to Depart, Free to Remain" organized by CEI, the Italian Catholic Bishops' Conference. Through 61 projects in more than 20 countries and with a total budget of 13, 196, 940 Euro, the campaign supports those who remain in their country and welcomes those who were forced to flee.