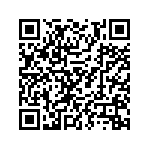 On the first day in her new cell, Tatiane Correia de Lima did not recognise herself.

"It was weird to see myself in a mirror again," says the 26-year-old mother-of-two who is serving a 12-year sentence in Brazil. "At first I didn't know who I was."

The South American country has the world's fourth largest prison population and its jails regularly come under the spotlight for their poor conditions, with chronic overcrowding and gang violence provoking deadly riots.

Lima had just been moved from a prison in the mainstream penitential system to a facility run by the Association for the Protection and Assistance to Convicts (Apac) in the town of Itaúna, in Minas Gerais state.

Unlike in the mainstream system, "which steals your femininity" as Lima puts it, at the Apac jail she is allowed to wear her own clothes and have a mirror, make-up and hair dye.

But the difference between the regimes is far more than skin-deep.

The Apac system has been gaining growing recognition as a safer, cheaper and more humane answer to the country's prison crisis.

On 20 March a new Apac jail opened in Rondônia, the first in the country's north, taking the number facilities run by the association countrywide to 49.

All Apac prisoners must have passed through the mainstream system and must show remorse and be willing to follow the strict regime of work and study which is part of the system's philosophy.

There are no guards or weapons and visitors are greeted by an inmate who unlocks the main door to the small women's jail.

The inmate leads the way to the "conjugal suite", a brightly decorated room with a double bed where women are allowed to spend private time with partners visiting from outside the jail.

She then shows visitors to a room where women are labelling bottles of soap that will be sold outside.

Apac prisons were set up by a group of Catholics in 1972 and are now co-ordinated and supported by the Italian non-governmental organisation AVSI Foundation and the Brazilian Fraternity of Assistance to Convicts.

AVSI Brazil's vice-president, Jacopo Sabatiello, says love and work are the priorities in these penitentiaries. "Here, we call everyone by their name, not by a number and not by nicknames, which they might have acquired during a life of crime," he says.

Inmates are known as recuperandos (recovering people), reflecting the Apac focus on restorative justice and rehabilitation.

They must study and work, sometimes in collaboration with the local community. If they do not - or if they try to abscond - they risk being returned to the mainstream system.

There have been physical fights but never a murder at an Apac jail, says Mr Sabatiello.

He says the absence of guards reduces the tension. Some of the women here are serving life sentences and have committed heinous crimes but the atmosphere is calm.

"I am still trying to forget my old prison number," says Aguimara Patricia Silvia Campos, who now heads a prison council that liaises with the administration.

Campos spent four months in a mainstream jail following a conviction for drug trafficking and association after 26g of crack cocaine were found in the home she shared with her ex-husband.

"We were all thrown in together, 20 inmates sleeping on the floor on filthy mattresses, and the food was inedible," she says.

She says that her relatives were strip-searched on each visit, a practice which many female inmates complain about.

But the situation of Campos also reflects wider problems in Brazil's prison system. Experts say women are often caught up in crime through a male partner and then thrown into a cell with hardened criminals.

It is one reason why Brazil's female prison population has seen a steep rise in recent years.

"I knew nothing about crime when I went into that prison," says Campos. "The woman next to me had decapitated her neighbour and carried her head in a suitcase."

The mother of two is now shaving days off her eight-year sentence through work and has progressed to the semi-open regime at the jail.

Reducing a sentence through work and study is also permitted in the mainstream system but it is rarely applied, says Judge Antonio de Carvalho, who supports the Apac system in Itaúna.

"It's a sad reflection on the mainstream system that Apacs are praised for upholding the law," he says. "I'm in no doubt that Apacs are an effective way to guarantee prisoners' human rights within the Brazilian penitential system."

For now, Lima remains in the closed regime of the prison, with fewer privileges, and has to earn her progression to the semi-open area.

All new inmates enter the closed regime and must earn their transfer into the semi-open regime. Prisoners may then progress to the open regime, where they are allowed to leave the jail once a week.

However, even within the prison walls Lima has found a boyfriend.

Sitting in her cell she relates how she and her cellmate Viviane Campos, 38, began to date a pair of friends at the men's Apac prison across town after sending letters via the prison administration.

"Yes, we like to get people together," says Eduardo Henrique Alves de Oliveira of the Brazilian Fraternity of Assistance to Convicts. "We want all the recuperandos to feel well here."

In the yard outside, beneath the grid that partly covers the sky, is the Apac message: "Nobody flees from love."