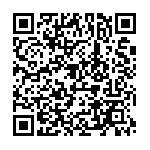 ARDEUR project was completed on August 2017 thanks to the European Union co-financing and the contribution of UPDI (Union Paysanne pour le Développement Intégral) and FOPAC SK (Fédération des Organizations des Producteurs Agricoles du Congo au South Kivu). The aim was to contribute to the struggle against poverty by strengthening civil society organizations, both by improving their technical capabilities and by strengthening their negotiating capacity at the institutional level.

To this aim, AVSI provided for CSOs participation in the Conseil Consultatif Provincial (CCP), in order to let them be part both of the decision-making process and the implementation of agricultural and rural policies. For this purpose two committees were created: the Comites de Developpement du Groupment (CDG) and the Comites de developpement villageois (CDV).

The creation of these committees has been possible mainly thanks to the dynamism putted in place by the Secretary of the CARG (Conseil Agricole rural de gestion). ARDEUR project helped in making the CARG a space of democratic and negotiating dialogue, able to unite Public Sector’s representatives to CSOs and rural actors.

In addition to the increasing of the rural actors’ negotiating capacities, the project has intervened to improve the qualitative and quantitative aspect of the technical production of rural farmers in South Kivu.

On the technical side, the implementation of the project has allowed FOPAC SK to establish its own strategic framework and internal management, making them able to have a political and decision-making weight within the elaboration of provincial strategies for the agricultural and rural sector.

For this purpose, the project has envisaged both the preparation of training courses specific to each culture and the modernization of work processes thanks to innovative machinery and techniques:

The commitment of AVSI and the European Union, through the training and supply of machinery, will enable the project's sustainability and the struggle to lasting poverty in seven of the eight provinces of South Kivu.