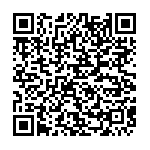 For years, the Government of Kenya has reiterated its intention of repatriating the Somali refugees currently living in Kenya and of closing the large camps in Dadaab. But without a solution to Somalia’s internal problems and an improvement in educational opportunities in the country, the 440,000 Somali citizens living in Kenya are will have to remain here for a long time.

By Andrea Bianchessi, AVSI Country Representative in Kenya
On August 26 through an initiative promoted by AVSI, 70 collaborators and staff members representing NGOs, international organizations and Ministries of Education, all which are either working in Dadaab or coming from Somalia, met for the first time in Nairobi.

The Italian NGO AVSI is currently working in the world’s largest refugee camp implementing educational projects funded by the European Union and carried out in partnership with Save the Children and the Norwegian Refugee Council.

The agenda for the meeting called for a discussion of the topic of the use of the Somali language in the camp schools. Stakeholders agreed that the discussion should be broadened to include other themes of great significance.
The three main topics expressed were the certificate of study from Dadaab primary schools needing to be recognized by the Somali government, the school system in Somalia recommended to adopt a single curriculum (currently there are ten, from Arabic to Italian Kenyan to Turkish) and the government needing to give children more opportunities to go back to school. Today, only 30% of refugee children in Kenya have access to primary school instruction.
In spite of repeated attempts and “threats” from the Kenyan government to close Dadaab without solutions to practical problems such as offering basic services and increasing opportunities for employment, the refugee camps will still be open for a long time.
The last “threat” was issued on May 6, 2016 when the government announced it would dismantle the world’s largest refugee camp with 350,000 people, most of them Somali. According to the Kenyan Government, the terrorist group Al-Shabaab came from Dadaab, and attacked the University of Garissa in April 2015, killing 147 young people. In recent years, the same group was also responsible for the attack on the coast of Mpeketoni in 2014, when 48 people were killed as well as the attack at the Westgate Mall in Nairobi in 2013, killing 68.
Since May, there have been ongoing appeals all over the world, from ambassadors, UN delegations, and foreign ministers to heads of state, asking the Kenyan government to reconsider its decision to close the camp by the end of 2016 and sending the refugees back to Somalia.
Tension has risen in the camp. Refugees, many who arrived as long ago as 1992 and who consider Dadaab their home, were frightened and disoriented. But Somalia is not ready to welcome back its citizens.
In the last 25 years of civil war, the country has had no stability, from Mohamed Siad Barre’s fall in 1991 through the demobilization of the American troops and the development and fall of the Islamic courts and piracy, to today’s presence of Al-Shabaab, which besides occupying significant portions of the country, also makes frequent terrorist attacks in the capital, Mogadishu These events still took place in spite of the presence of the multinational peacekeeping forces AMSOM, with 20,000 troops, including soldiers from the bordering countries of Kenya and Ethiopia. The political elections that were planned for August have been postponed until October, but it is not certain if they will actually happen at all.
In the end, the Kenyan government reversed its course and on August 21 revised its position: no obligation for repatriation in the next few years, or until the situation in Somalia is stabilized.
This decision must be analyzed taking into consideration the current situation in Kenya, a country that hosts more than 615,000 refugees from neighboring countries due to prolonged crises. In addition to the approximately 440,000 Somali refugees, there are also 130,000 refugees from South Sudan (presently, most are in the Kakuma camp, opened in 1993), with the rest coming from Ethiopia, Burundi, Tanzania, Rwanda, Uganda, and other countries.