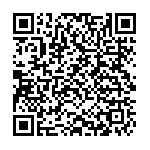 Anton Barbu, responsible for AVSI’s activities in Syria, talks about the children of Damascus in an interview with Italian newspaper Corriere della Sera: “Every day, I leave my house at around 7:30 to go to AVSI’s office in Damascus. It's a ten-minute walk. On my way, I encounter at least 30 children sleeping on the sidewalk."

How is the current situation in Syria? I have recently spoken with a father who lives in Aleppo. He described heartbreaking scenes: children wondering around the rubble because their families have either left town or can no longer take care of them. But also in Damascus the situation has deteriorated. Every time I stop at a traffic light, I’m “surrounded” by many children trying to sell whatever they have, most of the time stacks of tissues.
Is there a future for Syrian children? In Europe we say that children are the future. In Syria, they are the present, in the sense that at least 2 million children are currently living a daily drama in areas difficult to reach.
Do you think in Damascus a child suffer less than in Aleppo? If we really want to say that, I guess we can. At least in Damascus, children have a sidewalk to sleep on. In Aleppo, not even that.