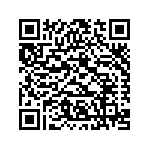 MAMA + is a fortified flour specifically designed to fight dietary deficiency in children aged from 6 to 24 months. It was developed by AVSI Foundation, in collaboration with AVSI Canada, and in partnership with World Food Programme, and the University Of Notre Dame Haiti. And it worked even better than expected.

The project's goal was to reduce malnutrition in Torbeck by 1%. The project, so far, was able to lower it by 1.2%. Mama+ fills the gap in available nutritional foods that are affordable for the local community. In addition, it has proven to effectively prevent malnutrition for children under 2 years old, which is considered the critical window of opportunity for a lifetime of healthy nutritional outcomes.

Child malnutrition is a major problem in Haiti. 2.5 million people live in extreme poverty with 100,000 children under five years of age suffering from acute malnutrition and one in three children stunted, or irreversibly short for their age. In 2014, AVSI Foundation decided to combat this major problem in Haiti through a project called “Locally Produced Fortified Infant Cereal in Rural Haiti: An Innovation to Support Commercialization, Social Entrepreneurship”.

Two years later, AVSI and its partners developed a sustainable, affordable and locally grown product called Mama+. This product, which meets WHO nutrition standards for complementary infant cereal, was specifically designed to fight malnutrition in children aged from 6 to 24 months in Torbeck, a commune in the Les Cayes Arrondissement, in the Southern Department of Haiti.

“My son couldn’t eat anything,” remembers Katherine Sander, mother of one of the 6,900 children who have received periodical home visits thanks to the project. “When I began to buy Mama+, he finally began to eat.”​
​Mama+ provides a much needed food supplement to local children, but also empowers women in the community through economic initiative and education. Twelve local women serve as health educators and sales persons. Through a door-to-door sales model, entrepreneurial women in the community were trained to sell Mama+. Their role is also to monitor the nutrition status of children and spread key information about proper infant feeding and healthy living, like the benefits of a balanced diet, the importance of clean water and how to recognize when children are malnourished.
“The women who participated in this project were able to spread their knowledge as well as the qualities of Mama+ to other families and, by doing so, they were preventing malnutrition. They were also able to learn more about other complementary foods,” says Joseline Marhone Pierre, Director of Nutrition of the Ministry of Public Health of Haiti.