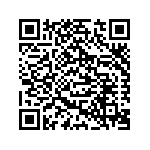 Report on the border with Israel, in unofficial settlements where the migratory flow of people escaping war puts pressure and aggravates the crisis in a country with 4 million inhabitants that hosts (and tolerates) by now almost 2 million refugees. Here we find the relief projects of avsi foundation.

​by CARLO CIAVONI - photos by MARCO PALOMBI, La Repubblica translated by Victoria and Gianpiero Anelli
MARJAYOUN (Southern Lebanon) – Here, where eight centuries ago the Christians escaping from southern Syria landed, in 2006 the Israelis arrived for the war that lasted 34 days, an answer to Hezbollah’s Katyusha rockets and to the abduction of two soldiers from Tzahal, the Israeli military forces. Now, in this area, there is a kind of coexistence under the vigilant eye of the Spanish military contingent of the UNIFIL UN mission. There is a cathedral at Marjayoun, the cathedral of Saint Peter, which has stood there for centuries, in the same spot where it was built. Like the rest of Lebanon, it lives side by side with Muslim places, a mixture of domes and minarets, that brings us back to distant times, when the nearby Beauford fortress, nestled in the mountains, witnessed the bloody battles in 1,100 between Saladin, the tireless Sunni opponent of European crusades, and those Christians who were seeking shelter while fleeing from Syria.
Lebanon, among Christians in the “unofficial” camps of war survivors ​
The dilapidated shapes of the shantytown: Today, in this large town located a couple of hundred miles from Beirut, and set on a hill 750 meters above sea level, the real novelty is that the Muslim-Shiite population is increasing before one’s very eyes, while the Christian population is diminishing. In spite of this fact, the face of this town, at least in its appearance, remains unchanged. Just a few kilometers from here, just before Israel’s extreme northern border, when it seems one could touch the rooves of the houses of Metulla, (the last village where the flag with the Star of David flies), one can make out the multicolored stains and the dilapidated shapes of the shantytowns populated by Syrians who continue to arrive from the southern border of their country.
All that is left is to make do: A few kilometers from the small Lebanese city along a beautiful road, between valleys and wide open green spaces, one comes close to the Israeli border, patrolled by members of UNIFIL in white armored vehicles. At the end of a downhill stretch, suddenly appear the tent cities of Syrian refugees: that of Marj El Kohkh and that of Ouazzani. Unofficial estimates speak of close to two million people who have gained entrance into Lebanon, with a population of four million, in an area as large as Abruzzo (1/2 of New Jersey) and more or less invisible on the “radar” of the international humanitarian system of reception. In one of the “unofficial” refuges from the most devastating wars of the last thirty years, the Syrians make do as they can, in part with what they have left, in part with aid, but also by working here and there, helped by Lebanese families of the area, who are the guarantors of their stay.
The seed of abuse: Some of the shop keepers extend credit to them. Some even give them free cooked meals, while still others find various ways of offering spontaneous, free support. “We are Christians,” says one robust deli owner, who proudly shows off a large cross tattooed on his arm. “Are we or are we not all brothers and sisters?” The question put to him is, if the tables were turned, would he expect the same help from his Muslim fellow countrymen? His obviously insincere answer is, “Yes, of course. That’s the way things are done in Lebanon.” It is clear, then, that the Syrians are benefitting from a form of help that contains the seed of abuse. This becomes evident from the stories told by some who live in the camps. Many end up in dramatic and painful situations because some unscrupulous Lebanese take advantage of their “unofficial” status and make them slaves, threatening to withdraw their guarantee, which is the only life line that keeps them from returning to survive under the bombing. ​ Marj El Kohkh and Ouazzani: These are just two more places of refuge, identical to so many others. There is really no need to describe them: the heavy air that takes your breath away under the tents when it’s hot and the paralyzing chill when it is cold; the dust or mud, the crying of the youngest children, the playful shouts of the older kids as they play soccer, the glances of rage, people’s exhaustion, their eyes lowered in shame and resignation. In some way, they try to defend themselves from a sense of powerlessness, which is perceived by breathing in the strong odors that waft from the shacks made of plastic and pieces of wood, by imagining these people who no longer measure time, as if in a mobile movie set that travels from Sabra and Shatila to Beirut, to the Goudebou camp in Burkina Faso, on the border with Mali, or to Dadaab, in Kenya on the border with Somalia, or yet again to Dakhla, in the southwest of Algeria, in the nothingness of the Sahara desert. It helps to think of them this way because it’s as if they played a part in a tragic film, the true victims of a world order, so many who have understood this, but few who have wanted to make change. It’s true that time is no longer measured, but it still passes and leaves its mark.