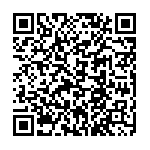 “What is this lack a lack of, oh heart, of which all of a sudden you are full?” is the theme of this year’s Rimini Meeting, an annual week long cultural festival to be held August 20th-26th in Rimini, Italy.

The Rimini Meeting is a point of encounter for the “AVSI community”, a place where volunteers from around the world, the protagonists of the AVSI Point network, Tents campaign volunteers, donors who support AVSI through the Distance Support Program (DSP) and AVSI’s emergency campaigns can gather together.
This year at our booth, we will also be presenting our most recent achievements, specifically AVSI’s activities to support refugees in the Middle East as well as the growth of the charitable works created and supported over the years.
Visitors will be able to join the Distance Support Program (DSP) at AVSI’s booth, and make a contribution to the AVSI4Iraq campaign to support a new nursery school in Iraq.

AVSI’s charitable works are present in 23 countries, the value of beauty over time. Beauty as a criterion for development even on the outskirts of society, as proposed by Pope Francis, a value that we tried to convey to the visitors of last year’s edition of the Rimini Meeting through the exhibit titled “Generating Beauty: New Beginnings at the Ends of the Earth”.
This year at AVSI’s booth, we will showcase the places where we promote this essential value all over the world, every day, over the years.
From small seeds, AVSI’s charitable works grown into subjects that provide services to people in need, and do so patiently, far from the spotlights. “Any act of giving means that we give ourselves” said Pope Francis during his journey to Ecuador, Bolivia and Paraguay in July. In these works there is something of each person who has supported them.

Refugee crisis in Iraq and Syria. Working alongside people who have lost everything
Thanks to a significant collection of funds, a partnership with Caritas and in collaboration with UNICEF, the Italian Bishops’ Conference and the European Union, AVSI has been operating since June 2013 in the Middle East supporting those fleeing Syria, especially people who have found refuge in Lebanon and Jordan, and later in Iraq.
Muhamad, a Shiite Muslim is an example of AVSI’s efforts. Assisted as a child through the Distance Support Program, he became an AVSI volunteer and ended up working side by side with the refugees in Marj El Kok, Lebanon, mostly of Sunni origin.
To date, AVSI has supported 45,000 Syrian refugees and 34,600 Iraqi refugees in Lebanon, Jordan, Syria and Kurdistan with non-food items and basic needs kits, educational activities (remedial classes, accelerated learning program, basic numeracy and literacy, psychosocial support), cash transfers, livelihoods and food.