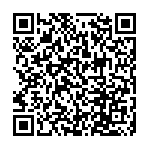 Stories and witnesses from AVSI's commitment all over the world. To explain how aid alone is not enough to give new hope to people in need. "We need to look into the eyes of the other", explains irish journalist John Water.

"Una mirada que has cambiado mi vida”, a gaze that has changed forever the future of Amparito Espinoza, now director of the NGO Fundación Sembrar. With these words she told, to a crowded hall, when she met the AVSI Foundation and how that meeting has made her again protagonist of her life.
Many witnesses from all over the world to talk about the experience of AVSI. From John Waters, author of the exhibition “Generating beauty”, to Marco Perini from Lebanon, Anna Sambo from South Sudan, Amparito Espinoza from Ecuador and Ernest Sesay, from Sierra Leone where Ebola is widespread. They were all present in Milan on January 21st, during a public event within Technical-Operative Committee (CTO) 2015, yearly staff meeting organized by AVSI in order to address new challenges by relating the problems of individual contexts with the global scenario.
The subject of the “gaze”, was the basis of the event, which brought together about 200 people to attend the talk of John Waters, who has visited this summer the AVSI achievements in Kenya, Ecuador and Brazil to prepare the exhibition “Generating Beauty”, exposed this year at the Rimini Meeting.
In order to explore the theme of the poverty, John Waters spoke of the "gaze":  "It is not enough to give alms. But you need to look into the eyes of the other, meet the eyes", said John Waters, quoting a famous Pope Francis expression about the issue of poverty. He also spoke of education, which according to John Waters "cannot be only transmission of information, but it is a contact, a spark”.

John Waters took also part to other important events, in the framework of AVSI fundraising campaign #Tende14, thanks to the work of Associazione Italiana Centri Culturali, which organized these events. Waters spoke in Genoa, La Spezia and then again in Milano, to present the book of the exhibition at Libreria Lirus, historic Milan book shop.

After the testimony of John Waters, it was the time to talk about the activities that AVSI is doing to respond to the emergencies in South Sudan, Lebanon and Sierra Leone.
Marco Perini, AVSI country representative in Lebanon, spoke of the projects to host Syrian refugees in the Middle East, where even in an emergency situation the education remains crucial. "There are 1.6 million people fleeing from Syria, but in spite of the critical situation it is necessary to consider first of all the education. Then we must take care of the job. A system that provides only money to the refugees is nearly inhuman. We have tried to give them a job".
Ernest Sesay, in the end, spoke over the phone from Sierra Leone where the Ebola emergency continues, in spite of the small but significant improvements, such as the possible reopening of schools in the coming weeks.