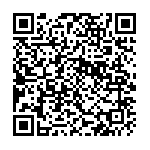 1,000 volunteers involved, more than 800 charity events planned throughout Italy. On November 23, a meeting at AVSI’s headquarter in Milan launched the 2014-15 Tende Campaign, "Generating beauty. New beginnings at the ends of the world", in favor to face emergencies and to support nutrition and education.

May a different look allow a person to ridiscover his value, his dignity, as well to open himself to a better life and finally become center of development? "Generating beauty. New beginnings at the ends of the world" is the title of the campaign, based on the eponymous exhibition curated by Irish writer John Waters and presented at Rimini Meeting in August.

The official presentation was held on November 23 at AVSI’s headquarter in Milan, in a room full of friends and supporters. The campaign will also be on social network, Twitter and Facebook.

The events. More than 800 solidarity events in Italy, tank to the supporto f more than 1,000 volunteers, who chose to give their energy and spare time in order to support AVSI’s projects in favor of the most vulnerable people and to promote human dignity in the world.
Read about the most important events (ita)
“We need an extraordinary effort, to be able to face the new challenges, starting from heavy emergencies”, Giampaolo Silvestri, Secretary General of AVSI, said on Sunday to introduce Tende campaign.
The projects. The campaign is a great chance to put out this “extraordinary effort”. For this reason, the support will be focus on Middle East, on the work of the Custody of the Holy Land in Syria and on AVSI’s work in favor of Iraqi refugees in Kurdistan; to face the ebola emergency in Sierra Leone; to support schools and education in Kenya and Ecuador; to support the global network of nutritional projects, in order to fight hunger and malnutrion.
The exhibition. "Generating beauty. New beginnings at the ends of the world" is also the title of AVSI's exhibition at Rimini Meeting. A reproduction of the exhibition will be hosted by Palazzo di Venezia in Rome until January the 6th. The exhibition aims to show how faith can affect reality and be an answer to important challenges, such as nutrition and education. Through videos and installations, it tells AVSI’s experience in Kenya, Ecuador and Brazil.