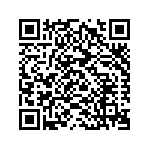 3,419 people died in the Mediterranean Sea in 2014. Women, men and children who have gone on a boat to seek Life. Better lifes, better living conditions. Anywhere far enough from the war. Many of these deaths were fleeing from Syria, where the refugee emergency is getting worse everyday, and from Iraq, because of the ongoing conflict which intensified on the Kurdistan border.

In Syria, numbers are scary. From December 2012 until December 2014, people who are in need of humanitarian assistance in increased from 4 millions to 12,2 millions ( + 305 % ). In the same period, people who were forced to leave their home and run away (inside Syria) increased from 1.2 million to 7.6 million (+ 635 %) And refugees running outside Syria increased from 0.4 million to 3.8 million (+775 %).
The donor community is struggling to keep up with the crisis. At the beginning of December, World Food Program suspended food distribution because of the lack of money, and this is just one example of the problems international community is facing.
Meanwhile in Southern Lebanon, winter is coming. “The first snow already came in the highlands and thousands of people are freezing, in tents made of cloth and cardboard”, Chiara Nava said, she is working for AVSI in Lebanon to help hundreds of syrian refugees. The stories of migration she tells are scary.
“We are bringing blankets, warm clothes and stoves - she tells us - but people are looking for shelter everywhere, outside the city, in makeshift camps and the temperatures are lower and lower. It’s very serious situation, we are working to tackle a difficult winter. The borders with Syria are closed, there few toilets, sometimes no water and electric light. These are people who left everything to escape the war, and now they find themselves in a foreign country, with nothing”.
In addition to these basic necessities, AVSI in Lebanon is trying to organize courses to teach children to read and write. In short time, AVSI had to double the classes to meet the greater demand from children. And from parents: they also want to learn.
And it’s not only Syria. Middle east is facing another great refugee emergency in Iraq. According to OCHA, more than 1.8 million Iraqis fled their homes, because of the ongoing war. Of these, more than 850,000 have fled after the offensive launched by Islamic State in July. They found shelter in Iraqi Kurdistan, in the capital Erbil, which is now secure. Many are the needs of these people, forced to live in extreme conditions, in makeshift shelters, abandoned buildings, schools, churches or tents, without enough food and water.

AVSI is working to give support in all of those critical situations. AVSI Foundation, the Chaldean Patriarchate and Caritas Iraq are currently working in Erbil to meet the needs of many Iraqi refugees and give families decent living conditions. In Lebanon, AVSI has been working since the beginning of the crisis in order to bring some relief to the displaced population on the run.