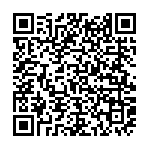 Fight against malnutrition is a complex challenge, closely related to food security, to agriculture but also to education and to respect for the environment. To discuss the issue, a seminar at the European Parliament in Bruxelles organized by the Italian Presidency of the Council of the European Union in collaboration with AVSI.

"Nourishing people, feeding hope: from commitments to action", this is the title of the workshop moderated by Italian MEP Elly Shlein, member of the Committee on Development, and which brought together key actors from the institutional, non-governmental and private sectors.
After the greeting of the Slovak MEP Anna Zabrowska, who stressed the importance of the family dimension in the fight against malnutrition, the intervention of Lapo Pistelli, Deputy Minister of Foreign Affairs and International Cooperation, was focus on Italy’s role against hunger and on the importance of concrete actions within the European politics (the day after the European Council met conclusions on the Action Plan on Nutrition)
“Nutrition is one of the priority of the Italian Presidency of the EU, in the context of the ongoing debate on thr post-2015 agenda and in the framework of Expo 2015”, Pistelli said, before declaring his support for the proposed clustering of the 17 goals set up by post-2015 agenda. "Six simple points to be able to find an international common language and a clear common targets which are also easy to communicate, in order to guarantee sustainable and equal development".
Klaus Rudischhauser, Director General of EuropeAid, spoke after Pistelli. He pointed out that the European Commission is perceived as a rigid institution, but on his opinion it is able to respond on the topics of energy and nutrition.
“In recent years there have been many efforts and we have achieved good results – Klaus Rudischhauser, said - But stunting (chronic malnutrition) has not diminished, and therefore it is necessary for the donor community to face the issue even more strongly”. At the end of his speech, he also stressed the importance of the EU commitments in the fight against hunger, malnutrition and food insecurity: for 2014-2020, the Commission has allocated € 3.5 billion.
After Rudischhauser's speech, the Secretary General of AVSI, Giampaolo Silvestri, presented some field experiences in the fight against malnutrition in six countries: Brazil, Lebanon, Haiti, Uganda, Mozambique, South Sudan. (Scroll down for the full speech).
Statistics provided by FAO are frightening: 805 million people suffer from hunger, more than 2 billion people suffer from malnutrition. Although we experienced a slight improvement in recent years, those estimates are not encouraging. Brian Thompson - coordinator for FAO of the International Conference on Nutrition 2, held in November in Rome and which brought together 165 countries - reported the main commitments emerged during ICN2, in particular the launch of Nutrition Decade and Nutrition Trust Fund.Then Francesco Rampa, from the think tank ECDPM, addressed the challenge of private sector, where a lot of rethoric and mistrust are very common. Instead, it is necessary to integrate the two approaches, large scale agricolture and small holders.
In the end, there were two more interventions, representing the world of NGOs. Donata Dalla Riva, of CUAMM, who spoke about CUAMM activities in several African countries, and Alexandra Wielands of World Vision, which has stressed the importance of lobbying and pressure of NGOs in order to guarantee that the issue of the fight against hunger, malnutrition and food insecurity stays a priority in the political agendas.

In this context, it is important to look at the positive experiences from the field, to understand their factors of success, to identify the possibilities to replicate them in other countries and contexts, in a common effort to learn and share knowledge.

That was the topic of Giampaolo Silvestri’s speech during the seminar, which started from AVSI’s field experiences in 6 countries. The conclusion is a list of 6 recommendations for the ongoing fight against malnutrition.

In order to move effectively from theory to action out of the lesson learned AVSI formulates 6 recommendations:
1. Malnutrition is not an health problem, neither is due only to deficiency of resources. It is an educational problem and a matter of relationships with the community.
2. According to a perspective of sustainable development it is important to consider local available foods and resources to be used for nutritional purposes and an economic force.
3. Agriculture carries a fundamental value for feeding the humanity thus a Nutrition-Sensitive Agriculture and Food-Based Approaches is vital.
4. The quality of food is a source of economic development as well as an opportunity for inclusion for those at the base of the pyramid.
5. Two points of attention are specific for the NGOs:
a. In emergencies the mere distribution of food risks to generate dependency. We must use the tools of emergency only in emergency.
b. The attention to the market, and market access, should be look at according to the primary needs of the person and of the community.
6. AVSI highly appreciated the European Parliament's resolution on November 27th where great attention has been given to join experiences and priorities.

Regarding malnutrition AVSI’s experience is spread out in several countries. During the seminar, Giampaolo Silvestri, AVSI secretary general, spoke about 6 peculiar experiences from the field: Brazil, Lebanon, Haiti, Uganda, Mozambique, South Sudan.
BRAZIL. In Brazil AVSI works together with the local partner CREN (Centro de Recuperação e Educação Nutricional) in cooperation with the Federal University of San Paolo developing extensive expertise and knowledge about nutrition-related issues. Great part of the work is dedicated to the care of urbanized mother with undernourished children. Out of this experience it emerges how education is the first need as well as community based approach in order to help mothers to properly feed the child.
LEBANON. In Lebanon migration is due to several reasons and not only for extreme poverty and the situation needs attention like the situation in Brazil. Individuals and families had to leave their usual habits and familiar relationships therefore they find themselves in precarious situations and thus in need to be resilient to the new situation including feeding practice.
HAITI. Although locally in the rural area there are available dietary products for children, the diets for children in Haiti are inadequate. Particularly up to the age two. A research shown that the most critical period is the weaning that goes from 6 to 18 months. Out of this evidence a work of applied research begun for the production of vegetable reinforced flour locally available (Moringa oleifera) to provide a more balanced diet for children.
UGANDA. The highest rates of malnutrition in Uganda are concentrated in the most productive areas, and for this reason AVSI adopted nutrition -sensitive approaches. The approach is not merely focus on market access but includes the nutrition aspect that has been inserted in several projects regarding agriculture and economic growth. This confirms that the holistic approach is fundamental.
MOZAMBIQUE. In Mozambique thank you to the introduction of an innovative cooking system there is betterment in food quality along with lower environmental impact.
SOUTH SUDAN. Due to the humanitarian crisis occurring now in South Sudan specific interventions on nutrition are requested and thank you to work initiated by AVSI with the Health Community Workers it is possible to intervene promptly on nutrition.