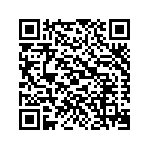 Father Berton from Marostica, Italy, was a Xaverian missionary in Africa, specifically in Sierra Leone. Tuesday, June 25th he died at the age of 81.

With that look legitimately fatigued, the past few years he did not seem the best person to stand up to people who the day before had to do with submachine guns, cruelty, and various objections, but if you were talking with him face to face you realized his irreducible tension of Christian charity that became the vocation of his entire life. And do not be surprised that, rather than decrease its activity, as at his age he could be right, he choose another field of his apostolate, that of child soldiers in the process of demobilization.

He loved to tell: "I have witnessed firsthand all this decadence because I have been doing my ministry in this country continuously since 1972. I have witnessed all stages of the dissolution of the local society, including those, which have found some resonance in the European media, such as the phenomenon of child soldiers. As long as I decided that, as in previous years I had been dealing with children and young people in need, now I had to help this new class of outcasts. Such as orphans and street children that I already welcome, these guys need protection".

In 1985,  he founded the Family Home Movement: an association that seeks to provide a home and the warmth of a family to children and abandoned youngsters. He told us: "There is a lot of good people around willing to accept the unfortunate youth as if they were their own children, but they are poor and online slots need help, that I try to give to them, but without leading a welfare mentality: everyone who helps the boys, both families and individual operators, are not paid for it. Rather, I try to spend my efforts to the creation of a stable economic activity with which the family can sustain itself and the youth who are hosted. Over the time, we have acquired a fishing boat, a bakery, a carpentry, we have started up a production of bricks,  a tailoring shop and a plumber”.

What drove Father Berton’s work was a passion for the human, not an ideology, nor a pattern of intervention studied a priori neither an abstract policy development. Without this awareness, each intervention is ineffective because the charity will always be necessary even in the fairest society.

The Italian singer Antonello Venditti met Berton in 2005 and they became friends. Watch the video

AVSI started its activities in Sierra Leone in 2000 supporting the work of a local NGO, the Family Home Movement (FHM), born in 1985 on the initiative of Father Berton. The main activity of FHM in the first decade was creating shelters for abandoned children and young people, with the involvement of families available to welcome them into their homes. During the civil war FHM played a significant work of reintegration of child soldiers. This work of reintegration of former child soldiers and support to abandoned children has included over time other marginalized groups of children by creating activities and works in the field of hospitality, education, training and social reintegration. AVSI presence and the collaboration with FHM have been consolidated over time and led to the creation of a center for the reintegration of child soldiers and a primary school in Mayenkineh, in the suburb of Freetown. Since 2003, AVSI has been supporting children and young people in need through the Distance Support Program reaching today about 950 children.

From various interventions in the country, one of the most significant is the school Mayenkineh, implemented thanks to the funding of the Italian Ministry of Foreign Affairs and private donors. Originally, it was a primary school but today it is recognized as the best school in Sierra Leone offering a complete education, from pre-school to secondary school, and attended by 1,500 pupils.

Other projects carried out in the country focus on vocational training and employment for youngsters and disabled people.