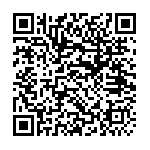 The intervention, in the framework of the EU budget line for non-state actors and local authorities in development, is implemented by the Government of Salvador through  SEDES - Secretaria de Desenvolvimento Social e Combate à Pobreza as lead applicant and AVSI Foundation, and aims to deliver income generating activities and skills based training for vulnerable youth, with particular attention to gender equality, and to promote their insertion in the labor market. The project activities will fit in the major framework of the action against poverty already started up by the Government (Secretaria de Segurança Pública, Secretaria de Desenvolvimento Social e Combate à Pobreza, Secretaria de Educação, Secretaria de Ciência e Tecnologia do Estado da Bahia).
The launch of the new project was also the occasion for delivering diplomas to 186 young people who attended training courses on video-making (44 students) , software development (41 students) and helpdesk (101 students) within a previous 3-year intervention carried out by SEDES, AVSI and the NGO OAFI to promote vocational training and income generating activities among disadvantaged youth in Salvador.
The event was attended by around 400 people ranging from students and their relatives to institutions and local authorities involved in the project such as  Denise Verdade, representative of the EU Delegation in Brazil, Angelo Maria Biccire, Consul of Italy, Maria Moraes Mota of SEDES - Secretaria de Desenvolvimento Social e Combate à Pobreza,Kaura Damasceno of SERINTER - Secretaria para Assuntos Internacionais e da Agenda Bahia, Jabes Soare, coordinator of the program “Jovens Baianos”, Alberto Piatti, Secretary-General of AVSI Foundation, Fabrizio Pellicelli, Director of AVSI Nordeste.
Denise  Verdade, representative of the European Union highlighted “Vocational training and strengthening income-generating capacity are the vehicles to introduce youth  in the labor market and allow them to shape their future”.
Alberto Piatti, Secretary-General of AVSI Foundation, maintained that “Beyond vocational training another seed need to be cultivated as the human being is made for an ideal, something worth living for. Without an ideal, what can professional technologies express? You need to express yourself. Every day, the aim of our work is to make you understand that there is another seed, the one  of a full and dignified life”.