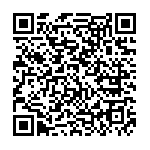 In a Country where the majority of children is illiterate, working  for the protection of the right to education for the youngest is crucial. For this reason in Congo Brazzaville AVSI takes part in the Eni’s Hinda Integrated Project  which includes the rehabilitation and reconstruction of the Tchitondi primary school, inaugurated on December 15th, 2012.
Achieving quality education  is the aim of the project through the renovation of school infrastructures,  training for new teachers,  acquisition of the basic rules for hygiene by pupils’ families and improvement in the participation of parents to the proposed activities.
The works for the rehabilitation and reconstruction of the infrastructures entrusted to AVSI by Eni Congo started in May 2012 and ended  in November 2012. The school buildings were built in 1956 and since then they have never been improved. Thanks to the project, the administrative office has been demolished to create a new one; some classrooms not in compliance with the safety standards have been replaced by new buildings with a canteen, some others have been built to accommodate teachers as well as the school director; 3 blocks of latrines consisting of 3 stances each have been built; a tank of 15.000 liters capacity for rainwater harvesting has been rehabilitated and sideways have been built around the new buildings to avoid foundation erosion. Finally, all the buildings have been plastered and painted and each building has been equipped with 3 tanks of more than 1000 liters capacity for rainwater harvesting. In this way teachers will have a better life quality and there will be enough water to clean the bathrooms and to help children to learn the basic rules for hygiene.
The project not only provided the renovation of buildings but also school supplies.  In Tchitondi there were 193 double desks to allow 386 children to study. 55 additional desks have been realized so that it will be possible to allocate 480 children. Moreover, 400 small blackboards have been delivered to be used in classrooms since copybooks are not available.

Also teachers training is fundamental. Meetings  have been organized with experts of the PCE, the Permanent Centre for Education of Kampala in Uganda, an educational institution with years of expertise in teachers training in Africa which cooperates with AVSI in many countries all over the world.
The activities organized within the project also include sensitization meetings with the aim of boosting  people  to improve their hygienic practices with regard to the use of well water thus to avoid traditional water collection points, usually open-air and easily contaminated.
Finally, together with the theatre group of Jeunesse en Eveil, theatrical animation sessions about hygiene and prevention of diseases transmitted by water in the schools have been realized. With this group a script has been written to  raise awareness on these topics. After the staging game sessions and Q&A competitions to understand the messages communicated during the play have been carried out. A small school supply kit has been given (a copybook, a pen and a pencil) to those students that answered correctly and also yellow  Eni-AVSI T-shirts with the slogan "L'eau potable est le premier médicament" (“Drinking water is the best medicine”) have been provided in order to remind and to boost the proper use of water.