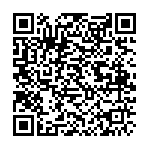 “Microcredit is a concrete system centered on people’s trust that improves not only our life but also the country’s economy” states Professor Muhammad Yunus , Nobel Peace Prize Laureate 2006 and creator of the Holistic Social Business Movement of Albania, implemented by Yunus Social Business (YSB) with the support of the Government of Albania and various national and international organizations. The aim of the Movement is starting and scaling up social businesses throughout Albania, including those implemented by the Rozafa Foundation, partner of AVSI and the Albanian Ngo SHIS.
The “Social Business Day Albania”, organized by the Yunus Social Business (YSB) and the Agency for Promotion of Social Business (NBS), took place in Tirana on January 22nd and gathered several people ranging from public institutions to universities, international organizations, NGOs and mass media. Among the participants, Professor Muhammad Yunus and the Albania’s Prime Minister Sali Berisha, who highlighted the importance of microcredit for the most disadvantaged segments of the population.
Starting from the efforts realized by Yunus to strengthen social and economic development of the poorest through the creation of the social business, the Prime Ministerunderlinedthat Albania 20 years ago was one of the world’s poorest countries with the lowest income per capita but thanks to fair policies and reforms the country has managed to improve its condition and today new opportunities, such as those included in the program of the Nobel Laureate Yunus, are needed.
Yunus’program include, among others, the project implemented by the Rozafa Foundation for the handicraft production by Albanian women. Due to their culture and tradition, these artisan women have always carried out typical female activities such as embroidery, weaving and sewing and thanks to the project those activities have been transformed into a social business. The workshops, located in poor rural and urban areas throughout Albania, involve women from the most disadvantaged social segments.
On the occasion of the Social Business Day, the Nobel laureate Yunus visited two Artisan Centers involved in the project in order to have a deeper knowledge of the work carried out by the women, of the context and growth opportunities. During the visit, Rozafa  President Aida Ndrevataj told him the origin and history of the Foundation. Yunus, who praised Rozafa’s efforts to help women, has decided to support and increase  Rozafa’s activities through his program so that sustainable business could be a way to help Albanian women to build their future.
[gallery]