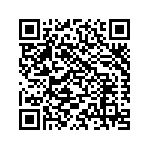 The purpose of the Tentscampaignis tosupport the Christian presencein the world. The projects that have been identified and proposed are not primarily defined by the needs  they express, but they first  describe ongoing experiences of a Christian presence, often in difficult and disadvantaged  areas. Then, defending this kind of opportunity in the world represents a chance of personal  experience for all those who adhere to the many initiatives of the Tents campaign.
The awareness of the goal men in the Middle Ages had as they built cathedrals, is the same that moves the people who support AVSI year after year through the Tents or a donation. Those who built cathedrals, gave part of themselves in order to build a great thing that was not their property. These men gave time, money, materials: there were those who gave just a button, or those who offered their entire capital as a donation in order to allow building the cathedral, just like the people who are supporting AVSI either by putting in place initiatives for  the tents campaign or by offering a donation.  Something that makes it possible for the woman with HIV in Africa to receive her medication, the children in Ecuador to go to school, for the Burmese family to have rice, the kids in Haiti to learn a new job or the youth in the Holy Land to receive education to peace.
Indeed, they were - and are - people who experience the need of offering something of themselves free and to participate in building a great thing, as essential to their life.
Just drops in the ocean, but – as Mother Teresa would say - the ocean would be less because of that missing drop.

ECUADOR: day care in family nursery schools in theAndes – Support for family nursery schools and  educational centers.
UGANDA: The  Giussani school inKampala – Completion of the  Luigi Giussani secondary school.
ETHIOPIA:  the Catholic University of Addis Ababa
SYRIA: for families fleeing the war – Support for the activities of the Custody of theHoly Land in favor of refugees.