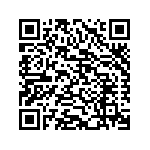 “Stop violence!” was the pressing appeal of Benedict XVI during the Angelus on February 2012. “I invite all of you, and above all the political authorities in Syria, to promote dialogue, reconciliation and peace”. Sharing the Holy Father’s words, AVSI has supported the appeal of the Custos of the Holy Land, Fr. Pierbattista Pizzaballa, to face the emergency in Syria: “In these months of great tension, when Syria is being torn apart by internal clashes, and where the conflict seems to be assuming more and more the form of a civil war, the Franciscans, together with the few other members of the Latin Church, are committed to supporting the local Christian population.”
In these months AVSI has supported the Franciscan monasteries which, thanks to the funds collected, have carried out activities to help local residents left in need by the violence and those who tried to take refuge in Jordan and Lebanon.

Syria
The medical dispensaries in the Franciscan monasteries, following the tradition of the Custody, have become places of refuge and  hospitality for everyone  regardless of race, religion and nationality.
The ongoing project  has supported four charitable works in Damasco, Aleppo, Latakia and Knaye by providing basic supplies for local population and those who have taken refuge in these cities.
Thanks to AVSI and the Ngo ATS pro Terra Sancta, the resident friars in Syria are helping the peoples in need by providing both food (meals offered in the centers and the opportunity to buy food at local retailers through a system of food vouchers) and non-food items (blankets, clothes, drugs and hygiene products).

Lebanon
Many Syrians took refuge in Lebanon. For this reason, AVSI together with CARITAS has set up a Mobile Clinic, which has become a reference point for thousands of people. The idea is simple as well as  effective: a team of doctors and social workers follows a regular path from village to village meeting  anyone  in need.
This project has a single indicator: the need of the person. The interventionis mainly concentrated in the Bekaa area because it’s less involved in the institutional Humanitarian aid. The assistance provided consists of pediatric and gynaecologic consultations, drug supply, nursing. The clinic is particularly addressed to women and children, who could attend hundreds of consultations and receive drugs.

Jordan
According to a UN report, a remarkable increase of Syrian refugees in Jordan has been recently recorded. The first ones who arrived in the region were the families with relatives in Jordan and young people who took part in the opposition to the Syrian regime. At the moment it’s estimated that there are about 100.000 Syrian refugees, not all of them are registered with the UNHCR, the UN Refugy Agency.
Many of these young people are illiterate or have a very poor educational background, this is the reason of their exclusion from the labour market in Jordan and this situation often creates serious problem in the local communities which host them.
AVSI has started the project “Education and training for young Syrians and summer school in the area of Mafraq!” with the involvement of young people to promote their integration through, vocational training, recreational opportunities and dialogue. Due to their precarious living conditions, campaigns and training for the families on health, hygiene and nutrition are organized within the project.