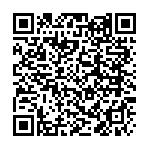 More than 4500 children in Dagahaley complex of the Dadaab, Kenya refugee camp will have improved access to education, thanks to the beautiful structures just constructed by AVSI Foundation. The building projects were undertaken with funding from UNHCR, the U.S. BPRM, and the Italian cooperation, beginning in August 2011 to respond to the sudden influx of refugees in the already-crowded schools of Dadaab camp.

This construction did not come without peril and dangers: in addition to the threats of severe drought, starting in October of last year Dadaab witnessed the danger of terrorism. Despite the kidnapping and improvised explosive devices, which became common occurrences in Dadaab, the AVSI team persevered in the construction, never compromising its standards and ensuring the result would give the people living in the camp a hopeful breath of order and beauty.
Anton E. Barbu, Area Team Leader of Emergency and Refugee Operations in Dadaab said:

“Our dream came through and finally we can be proud to say that the job is done. We are going to officially hand over on Tuesday 3rd July the whole Dagahaley primary school complex consisting of 29 classrooms, one early childhood development centre, a library and a kitchen”.

The buildings being handed over include the Dagahaley primary school complex, which will serve 1,500 students, and an eight-classroom expansion of the Illyes primary school, where around 3,000 children study. The buildings were co-financed by UNHCR and the Italian Cooperation (Dagahaley) and the U.S. State Department Bureau of Population, Refugees, and Migration (BPRM). AVSI rehabilitated the entire Illyes primary school, one of the most congested schools in the camps, and finding the need for additional classrooms so great that AVSI was asked to construct this additional block of 8 classrooms.
These constructions, just part of AVSI’s educational and teacher training programs in Dadaab, will provide quality education to thousands of children, all thanks to AVSI’s private donors, UNHCR, BPRM, and the Italian Cooperation. Also, they are a first in Dadaab, being the only two buildings that are multistoried in the entire camp!