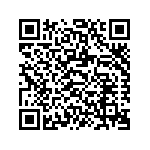 On the occasion of the Europe Week 2012, which run from May 9 to 12, the European Commission in Haiti organized a Food & Craft fair in the Canne à Sucre park, Port-au-Prince.

AVSI was invited to showcase the products realized in the artisan workshops of Cité Soleil, a shantytown in the metropolitan area of the capital, started up thanks to the contribution of the project “The person at the core of Development”, co-funded by the European Union. Within the project, started in 2010, three artisan workshops(sewing, wrought iron and  perlage) have been set up and currently are able to rely on self-finance through the income generated by the sale of their products.

Bags decorated with sequins, perlage and wrought iron and manufactured with recycled fabrics of the community tents used in emergency camps soon after the January 2010 earthquake, mirrors, picture frames, bracelets: the original pieces crafted by the artists of Atelier Soleil 21 received great appreciation from the audience. During the day all the pieces showcased were sold and, among the guests, the Head of the EU delegation bought several gift items.

Read more about the artisan workshops