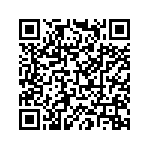 On April 26, 2012, AVSI was joined in Haiti by friends from across 3 continents to inaugurate 16 facilities: 9 schools, 1 education center, 5 nutritional centers and a center for artisan workshops with a built-in restaurant.

This work was done after the 2010 earthquake by a staff of almost 180 people living in difficult, often extreme, conditions, supported by AVSI friends, public and private donors, the AVSI network, distance-support sponsors and AVSI point volunteers.
The ceremony was attended by about 100 people ranging from Haitian and international institutions, schools and local organizations.  Among others: Monsignor Bernardito Auza, Apostolic Nuncio to Haiti, Monsignor Joseph Lafontant, Auxiliary Bishop of Port-au-Prince, staff members from UNICEF, the World Bank, the World Food Program,  representatives of the Haitian government from the Ministries of Social Welfare, Italian private donors. They were entertained  with songs from various groups of students, including from Maranatha School, where the inauguration began, and those involved at Le Soleil de la Cité Educational Center .

“Things really need to change… Your Country (Haiti) is beautiful and rich in human resources. And we can talk about an innate and generous religious spirit, the vitality of the Church and its people-focused nature. We need all poor people to start hoping again” John Paul II, Port-au-Prince, 9th March 1983

AVSI’s experience in Haiti over 10 years of activities and relationship shows that John Paul II’s thought is still the most realistic view. Helping people discover their own task is a priority for the rebirth of the Human.