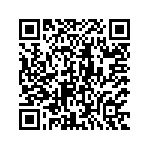 What do Paralympics athletes Becca Meyers, Michael Roeger, and Ambra Sabatini have in common with Congolese refugees Bruno Kyasiimire and Habamungu Kahunda? They never let their disability stop them from achieving their dreams.

21-year-old Habamungu Kahunda is a Congolese refugee living in one of Kampala slums, in Uganda. She lost her ability to walk early in her childhood, after suffering from a paralysis caused by strong fever, and was therefore stigmatized in her neighborhood.

But then, Habamungu joined the Game Connect project, aimed at getting young people from refugee and host communities in Uganda to actively participate in indoor and outdoor games. Her coach, Viola, now visits her at home twice every week. She offers counselling and inspires Habamungu to keep practicing sports as a way to keep her body active.

I used to stay indoors the whole day because children laughed at me when I crawled. But since I fell in love with netball I am always looking forward to my coach’s visit, because this gives me the chance to speak with her about my daily experiences. She also helps me exercise to keep myself healthy and to have fun.

The Game Connect project is helping 148 young people with disabilities to play sports and to have fun with their peers.

Another inspiring example is the story of Bruno Kyasiimire. He is 17 years old and lives in the Kinyonza village, located in the Rwamwanja Refugee Settlement in Kamwenge District. He was born with a disability that affects his movements, having one arm and one leg. Growing up, this condition affected his outlook on life: it was a difficult experience for him because people around him thought he took too long to do anything and they did not want their pace decelerated.

However, there was a sudden shift in 2020, when he was approached by an AVSI social worker and invited to join the Game Connect project. He almost couldn’t believe it: “I was surprised because I was considered for a sports project well knowing I have one arm and a leg. I am enjoying it here."

The tailored sport activities the project offers make it possible for Bruno to actively participate in football games. He has lots of fun and the cohesion in the team also created a very welcoming environment for him.

Thanks to the funding from Olympic Refuge Foundation, the Game Connect project implemented by AVSI Foundation in a consortium with Uganda Olympic Committee, UNHCR, Right To Play and Youth Sport Uganda is making it possible for more than 10,000 youth from refugee and host communities to actively participate in indoor and outdoor games. This way, they can improve their psychosocial and mental well-being.

The project started in August 2020 and will run for 36 months, ending in 2023. It is operational in the refugee settlements of Rwamwanja, Palabek, Adjumani and in the refugee host communities within Kampala.