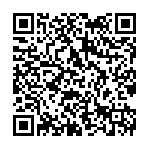 A theater education program at schools in one of Africa’s largest slums is instilling critical thought in participants as well as providing fun, said a 25-year-old whose ambition is to enter politics to represent the poor residents in Kenya’s Parliament.

“A critical mind has been instilled in me and has allowed me to see things always from a critical point of view,” Juma Ignatius, communications officer at the Italian embassy in Nairobi, told Catholic News Service Oct. 5.

Ignatius participated in the theater program while at the Little Prince Primary School in Nairobi’s Kibera slum, which is home to more than 400,000 people.

“We played the adapted ‘The Little Prince’ play (from the book by Antoine de Saint-Exupery) and out of this, I have never been the same again,” he said.

This year, AVSI Foundation, a nongovernmental organization founded in Italy in 1972, staged an adaptation of The Divine Comedy by Dante Alighieri, an Italian poet of the Middle Ages. About 150 children from AVSI-run schools - Little Prince, Ushirika and Urafiki Carovana primary schools in Kibera and Cardinal Otunga High School on the outskirts of Nairobi - took part in the play.

The Little Prince school started in 2000 as a small remedial center hosted in a school run by the Brothers of St. Charles Lwanga in Gatwekera, Kibera.

“Every year, we pick up a play from the Italian poets and have it adapted to fit our kids in the slum,” Andrea Bianchessi, AVSI representative in Kenya, told CNS in Kibera.

The Divine Comedy adaptation, called “The Sky over Kibera,” was designed by Marco Martinelli, founder of the Teatro delle Albe in Ravenna, Italy.

It aims to get students thinking about “what constitutes heaven, hell, paradise and purgatory” in their own environment, Bianchessi said, noting that issues such as violence, poor sanitation and lack of shelter are raised.

After the play ended its three-day run, hundreds of school children marched through Kibera to raise awareness. This was the most “effective way to have the play’s message sink into the dwellers’ minds and more so when done by their kids,” said Little Prince principal, Antony Maina, as he marched with the children through the slum’s alleys.

The sky over Kibera - the photo-reportage by Andrea Signori