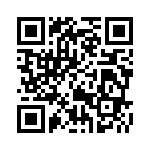 The South Sudan crisis. Since 2013, South Sudan has suffered an ongoing conflict which has left millions of displaced persons and refugees. Political instability, famine severe droughts, frequent and constant flooding are factors that contribute to one of the most serious food crisis on the planet.

Supporting the population. AVSI is present in three States: in Eastern Equatoria State (EES) the Lakes, the Eastern and Central Equatorial regions, with offices in Juba, Torit, Isohe and Bahrgel working on nutritional, health care, educational and food security projects. Here, the challenge is to try to promote development against a background of continuous emergency: AVSI tries to do this through education, thanks to the distance support program in partneship with St. Mary's College.

Before and after independence. AVSI's involvement in Sudan began in 1992, when the fighting between Sudanese Government troops and the Sudan People's Liberation Army (SPLA) prompted more than 20,000 Sudanese to flee to Uganda. In 1993, UNHCR and the Ugandan government opened the Achol-Pii refugee camp and entrusted its management to AVSI until December 1999.

Present in three states. Since 2005, AVSI has a permanent base with its own expatriate staff in Isohe in Ikotos County, in the state of Eastern Equatoria. In 2010, a base was established in Torit and, in February 2011, one in Juba. In 2014, we opened an operational headquarters in the Lakes state, first based in Bahrgel, now in Rumbek.