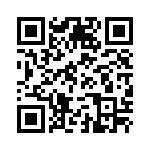 MAKSORA, local NGO founded in Novosibirsk in 2000 and recognized by the Russian Government, works in the socio-educational sector and it is one of AVSI's founding members.

The association was created to meet the immediate needs of the working-class in the Lenin district, which had suffered serious hardship due to the immediate closure of factories, schools and public services. Today Maksora works every day throughout the territory alongside people in difficulty to deal with problems of school, family, home, work, health, poverty, loneliness and integration. For 20 years, the NGO has been accompanying people in their paths of growth and independence through: