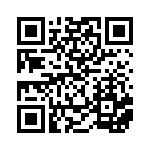 Settlements in the south of the country. Working with Syrians in 26 informal refugee settlements, AVSI Foundation implements projects that support many Syrian families who have fled to Lebanon during the war. The main activities focus on education and child protection. Activities ranging from remedial teaching, training for teaching staff from the area's schools, psycho-social support for the families of children affected by the traumas of war.

With a view to development. After more than five years of war, the crisis has reached a second phase. After the first emergency, the prolonged presence of more than a million Syrians in Lebanon made it necessary to rethink our aid programs with a view to long-term development. That's why AVSI's work focuses on young people, on women, on those who will have to rebuild Syria after the war.

Cash for work. Offering the prospect of work is one of the priorities in the Syrian refugee camps in southern Lebanon. AVSI has sought to answer this by talking to local government, getting funding from Cooperazione Italiana [Italian Cooperation] and employing 300 Syrians in work to reclaim a forest.

Agricultural colleges. Many young Syrians were enrolled onto courses in seven Lebanese agricultural schools, with the aim to provide specialized skills that can be used immediately in the workplace. The emphasis is on agriculture as it is one of the key sectors of the Lebanese economy (it represents 4% of GDP). The goal is to contribute to the improvement of the Lebanese educational system. Funded by Cooperazione Italiana and the result of an agreement with the Ministry of Education, it aims to train teachers and to provide environments suitable for practical experiments, such as with greenhouses, plants and seeds.