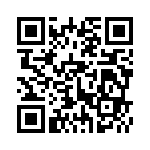 AVSI's presence and commitment in Iraq date back to 1991 with emergency health activities until 1996, and educational projects 2003-2006. From 2002-2004, AVSI conducted an economic and social study for Eni SpA, the Italian oil company. Since September 2014, with the deepening of the Syrian – Iraqi crisis, AVSI launched emergency projects, in partnership with Caritas Iraq: health, water and sanitation, food and non-food items distribution in the refugee camps of Dohuk, Zakho and Ashti 1 (Sulaymaniyah Governorate). These projects were implemented in line with the framework of the Iraqi Humanitarian Response Plan.

AVSI launched two professional training courses (English and Computer Science) at the Catholic University of Erbil for 60 young Iraqis who had fled the Nineveh Plain. In collaboration with the HIWA Cancer Hospital of Sulaymaniyah, AVSI is implementing a project funded by the Italian Agency for Development Cooperation (AICS) to provide quality treatment to childhood leukaemia and bone marrow transplants. In Erbil, AVSI is currently implementing a project funded by UNICEF to provide employability skills to 600 adolescents and youth (15-24 years) and to foster their civic engagement and social cohesion through Life Skills courses.

AVSI in the Governorate of Nineveh

AVSI began working alongside the people of Qaraqosh in 2014. When the city was invaded by ISIS and people fled to Iraqi Kurdistan, AVSI set up a temporary kindergarten for 150 children from Qaraqosh in the location to which they fled, Ozal City, in the suburbs of Erbil.

At that time AVSI started to collaborate with Father George Jahola, who, leading a group of engineers and architects, formed the Church Supreme Board for Reconstruction of Baghdeda (BfCB). This Board has been identifying and responding to the reconstruction needs of Qaraqosh. Since returning to Qaraqosh in October 2016, they have mapped out the territory, set the damage level for each individual house and public buildings, and created a reconstruction budget. Today Father George's office is the real centre of Qaraqosh and the BfCB is the central point of city life. The reconstruction of houses belonging to IDPs is entirely managed by the Association, who is responsible for collecting and managing all the funds allocated for this purpose.

Currently AVSI is implementing in Qaraqosh a project entitled ‘A virtuous production cycle to relaunch a city and its economic fabric for IDPs and returnees to the Nineveh Plains, Iraq’. The project is financed by the Bureau of Population, Refugees, and Migration - US Department of State (PRM) and targets 71 farms and more than 3,000 people.

The project will have the objective of strengthening local community organizations, rehabilitating small and medium household farms in selected subsectors and fostering civic engagement and social cohesion through inclusive life skills training and gender mainstreaming.

🌳🌾 The Nineveh plains have been the granary of #Iraq for centuries. To allow the return of the Iraqis who escaped from...