Quito, Ecuador: where Venezuelan migrants are given a chance to start again

Integration work happens in the community center of La Gatazo, with support from UN agencies and AVSI Foundation. The reportage of Brando Ricci of the Italian news agency Dire. 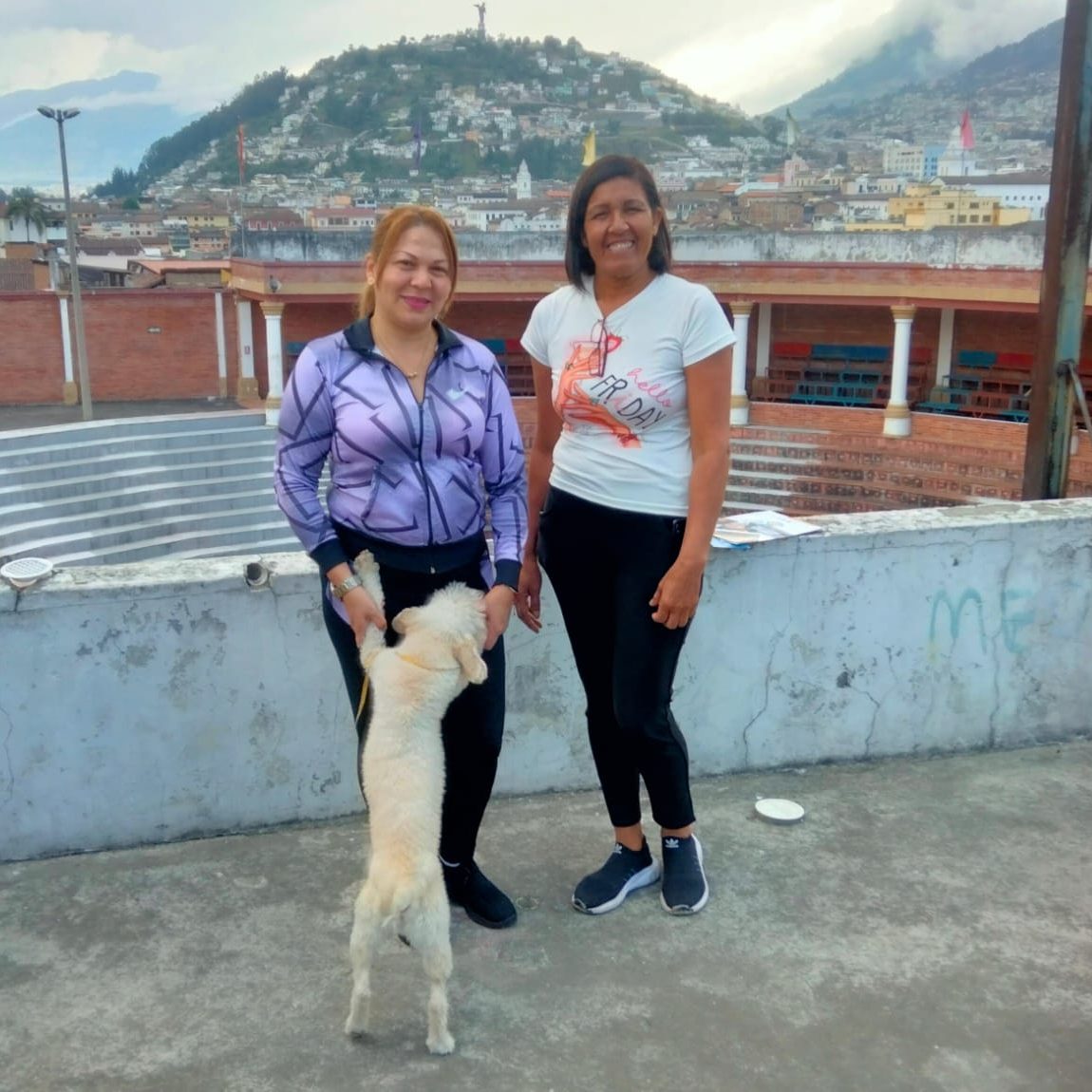 "When I went through a very difficult time, a hand was extended to me: now I return the support I had by helping the community and also managing sewing courses. The goal is for people to become independent as soon as possible, ready to start a new path ”. Aura Barrera has a calm demeanor, but also seems on fire with determination as she tells the Dire agency about her experience as a community leader in the community center of La Gatazo, in the south of Quito, the capital of Ecuador.

A Venezuelan migrant, Aura has lived in Ecuador for five years and is now the contact person for her fellow citizens who live in Biloxi, one of the areas in the southern part of the capital that benefits from the services offered by La Gatazo .

The center was founded 20 years ago and is managed by the Servants of Jesus of Charity, a female religious institute present in several countries. It mainly acts as a medical center, which provides accessible health care services to the whole community with a particular focus on vulnerable families, minors, single mothers, and the elderly.

In 2017, the neighborhood became a point of arrival for dozens of migrants, especially Venezuelans fleeing the economic crisis and the complex political environment in their home country. The Center quickly began to support this population as well.

“At first, the sisters approached us after mass: they asked us if we were Venezuelans and if we needed support and at that point, they helped us by giving us food,” Barrera recalls. “Then we started to take action ourselves, every Tuesday we delivered aid. With the outbreak of the Covid-19 pandemic, the religious had instructed us to help our respective communities, monitoring and recording everyone's needs.” The center of La Gataza serves six local zones, with a total of 380 Venezuelan migrant families.

It was precisely in 2021, during the health emergency, that AVSI foundation, present in Ecuador since 2001, intervened in support of La Gatazo.

This is part of a series of projects funded by the United Nations High Commissioner for Refugees (UNHCR) and the State Department of the United States’s Bureau of Population, Refugees, and Migration (PRM). This specific initiative is implemented by the International Organization for Migration (IOM), and through this partnership, AVSI has made a series of infrastructural improvements: equipping the center with more bathrooms, a new clinic, and an outdoor veranda. AVSI has also supported the development of courses that the center offers, which were interrupted during the initial phase of the pandemic but are now restarting.

These initiatives were started by Mother Vinka Banozic, known by all as Mother Clementina. She is the nun in charge of the La Gatazo center. Originally from Croatia, Mother Clementina, arrived in Ecuador 36 years ago, and has been living in the south of the capital since 1998.

“When they first started arriving in large numbers, Venezuelan migrants found themselves in difficulty, but we immediately started to help them, for example by finding them accommodation and providing them with clothes and medicines,” explains Mother Clementina. “Over the years, support for the community has evolved and come to life. The psychological support we already provided was obviously also extended to Venezuelan migrants. We also organized meetings we named ‘travesia,‘ in which people had a space to talk about their long journey” 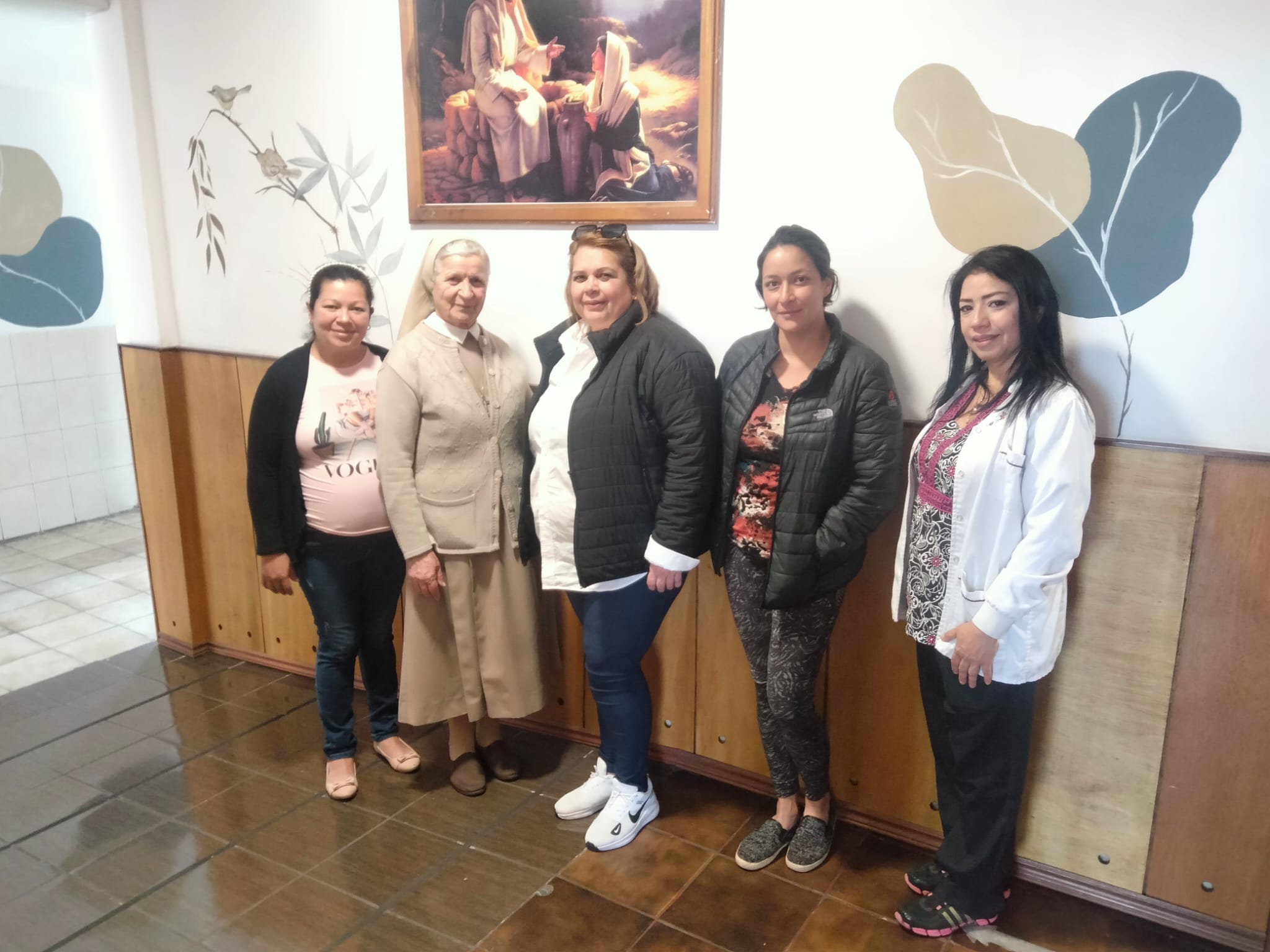 Job creation is another fundamental component of the center’s vision. “We have organized several courses, initially mainly in the aesthetics sector, aimed at women”, says mother Clementina. "In the last two years, however, we have started study paths with the Pontificia Universidad Católica del Ecuador (Puce), first in psycho-pedagogy, and now in nursing".

The Venezuelan crisis has led to one of the most significant migrations of the last decade. According to IOM data, in recent years at least six million people have left the country, which is governed by President Nicolàs Maduro and is experiencing an economic and essential goods crisis. According to the UN, there are currently just over 500,000 Venezuelans living in Ecuador. In 2020, the government of Quito issued a temporary humanitarian visa, called Verhu, which has now expired for almost all beneficiaries. The Ecuadorian President Guillermo Lasso has already announced the creation of a new regulatory path, the Virte visa, which starting from February 2023 will also cover people who have entered the country illegally, at least within local provinces.

Almost 59,000 political refugees also live in Ecuador, according to UNHCR, including several Venezuelans. Among them is Marìa Francesca Bottaro Gonzalez, who runs an "albergue temporal informal" in the center of Quito, that is a sort of informal hostel for migrants, which has received management and financial support from AVSI since last year. "Now 13 families live here, who pay a small fee and have access to everything from toilets, a kitchen, a small shop, and internet connection," she tells agency Dire, climbing the stairs, accompanied by a friendly dog Tesoro, and opening the way to a small terrace located in the heart of Quito.

“AVSI helped me a lot, especially with the renovations,” continues Gonzalez, who has been in Ecuador since 2019. “This place was not as you see it today. Now it is colorful and functional”. At the entrance of the center, a mural commemorates Gonzalez’ husband, Gilberto Rafael Martinez Daza, who ran the "albergue " together with the woman before AVSI's arrival and who died of Covid-19 last year.

The renovation process of this space happened in parallel with my mourning of my husband; and during this period, I have never been left alone. It was more than just running a hostel, it was having a reason to live again.