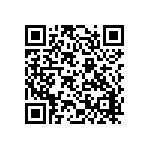 Hundreds of thousands of refugee children from Syria are waiting in Lebanon and Jordan for peace so that they can return to their homes. Most of them are in a hopeless situation. The refugee children live with their families in camps and are especially vulnerable to exploitation, such as child trafficking and child labour. Moreover, they often cannot attend school. The project ‘Back to the Future’ tried to answer the educational needs of these children to become the builders of a brighter future for Syria and the region.

In 2016, Lebanon and Jordan were hosting 1,7 million refugees (although estimates amounted to 2,2 million people); 750,000 of these were children between 3 and 18 years old, 60% of which had no access to education.

These high numbers represented a serious risk to the national schooling system, which was confronted with a high number of additional children in need of education. An entire generation was faced with the risk of growing up without a future.

With the support of the EU (through the EU Madad Trust Fund), the consortium composed by AVSI Foundation, Terre des Hommes Italy, Terre des Hommes Netherlands and War Child Holland launched the project 'Back to the Future'.

Over a 3-year period (2016-2019), the project worked in 30 schools and 25 learning centres in various governorates of Lebanon and Jordan and enabled 23,368 refugee children together with Lebanese and Jordanian children of vulnerable families to access education and enhance their school retention. Furthermore, the project contributed to improve school spaces through targeted interventions in 23 schools impacting 16,061 students. Finally, it provided child protection services for 305 children at risk of abuse or with special needs.

Back to the Future also involved 57,363 people through various platforms and events (including social media, press agencies, conferences and exhibitions) in Europe to raise awareness about the consequences of the Syrian crisis and about the contributions that European partners are providing to limit its impact.

The aim was to alleviate the impact of the Syrian crisis on the most vulnerable refugee children and their families as well as the host communities in Lebanon and Jordan. Because going back to school means going ‘back to the future’.

Activities of "Back to the Future' for refugee children

The project's activities were multiple:

The Consortium worked through a comprehensive, flexible and responsive approach in line with the 3RP (Regional Refugee and Resilience Plan). In Lebanon, this was strategically aligned with RACE II (Reaching All Children with Education Initiative) and the Lebanon Crisis Response Plan (LCRP) to support formal and non-formal activities for preschool and school aged boys and girls. In Jordan, the project aligned with the Jordan Response Plan (JRP).

The project was implemented thanks to the support of the Lebanese and Jordanian Ministries of Education, in addition to 20 local partners which helped ensure the engagement of institutions and local communities.

In terms of content, the Consortium worked towards the integration of inclusive education with child protection principles; this blended system is now replicated in other type of programmes in the area.

The project ended in June 2019, it will however restart shortly as Back to the Future II.

Jordan. Back To The Future - SUB Ita

Lebanon. Back To The Future - SUB Ita