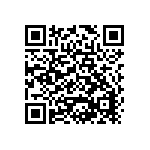 AVSI Foundation makes use of the following institutional bodies for the purpose of managing its activities.

The founders' assembly is chaired by the president of the Foundation, who approves and defines the broad guidelines and guidelines of the activity and evaluates the results; approves amendments to the statute; with the vote of the founding bodies, it appoints the members of the board of directors, the components and the president of the board of auditors, approves the final and budget balance sheet. It meets at least twice a year.

It is chaired by the president of the Foundation, formulates non-binding opinions and proposals on the activities and program.

It meets at least once a year.

It has all the powers for ordinary and extraordinary administration. It is made up of 7 directors elected by the assembly of the founders , it appoints the president and vice-president from within, appoints the general secretary. It prepares the budget and the final balance.

It controls the activities of the Foundation and is made up of three members. The college remains in office for three years and its members can be reconfirmed.

Represents the Foundation, controls the execution of the deliberated acts.

He replaces the president in case of absence or impediment.

He exercises operational management, with powers of ordinary administration as well as those specifically conferred on him by the board of directors, including the power of representation. He remains in office for three years and can be reconfirmed.

The Advisory Board is made up of figures outside the Foundation, authoritative and qualified, who can provide consultancy support in the direction of the activities, in particular in the definition of strategic guidelines also in consideration of the complexity and changeability of the context in which the Foundation operates, or on specific issues that the Board resolves to submit to him.

Appointed on 14.09.20 by the Board of Directors as required by the AVSI statute in art. 13 paragraph 2 letter j)

Angelino Alfano, three times Minister of the Italian Republic. Currently consultant of Confindustria for the development of cooperation with the countries of the African continent Bio >

Paolo Lembo, Member of the International Academy for Social and Economic Development and of the Superior Advisory Council of the University of Peace (UN) Bio >

Stefano Manservisi, Special Advisor to the European Commissioner for the Economy Bio >