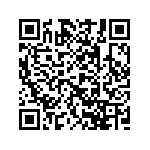 On May 18 and 21, a delegation of senior representatives of the European Union met the beneficiaries of projects supported by EU funds in the Kayanza and Ngozi provinces.

Didier Verse, Head of the East and Central Africa Unit (INTPA - European Commission's Directorate General for International Partnerships), Aude Maio-Coliche, Head of the Central Africa Division (EEAS - European External Action Service), and Claude Bochu, EU Ambassador to Burundi, were accompanied on the ground by the staff of AVSI Burundi, who showed them the current activities.

The first project visited, titled "UMUCO W'ITERAMBERE", targets about 115,000 people and aims to ensure access to sustainable and affordable energy systems in rural areas of the country, where less than 2 percent of the population has access to modern energy systems.
The provision of safe and affordable energy solutions at the household level has increased the security and financial savings of many families, enabled the use of essential equipment to ensure adequate patient care in hospitals and health centers, and has also helped improving services provided by schools attended by more than 20,000 pupils and 400 teachers.
The project is also contributing to the widespread use of renewable energy sources, with a relative decrease in the consumption of timber and charcoal.

The mission continued with a visit to the "PRARECOM-TUBEHONEZA" project, aimed at improving food security for more than 230,000 people.
Project activities include training on good agricultural and livestock practices, prevention and care of acute malnutrition in children, adult literacy classes, and access to savings and credit.

Then, in Gashikanwa, the delegation met with local partners who are working with AVSI on the project developed in collaboration with Terres des Hommes to eradicate violence against women and children and to develop activities to protect the prison population during the health crisis caused by COVID-19.

"Thanks to partners like AVSI, victims of gender-based violence are assisted," Aude Maio-Coliche stressed.

During the day, the EU representatives also attended the inauguration of a kindergarten for prisoners' children and visited Ngozi Women's Prison.

"The visit of a delegation of senior representatives of the European Union," notes Giampaolo Silvestri, AVSI Secretary General, "was particularly significant: it represents our common commitment to pursue here the objectives of the 2030 Agenda - such as access to clean energy, the fight against climate change and gender equality. Indeed, these three goals allow for integrated actions, and are a prerequisite for triggering a process of socio-economic growth in entire communities."