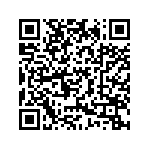 The temptation to chase the latest news, to focus attention and resources on the latest humanitarian emergency, distracting ourselves from other "old" situations of need, remains very strong. And so not only are the "forgotten conflicts" not resolved, but their dramatic toll grows.
This is why the international conference on the Syrian crisis, held for the sixth time in Brussels on May 9th, deserves special attention this year: it forces us to remember that while we are all turned to Ukraine, in Syria peace is still far away and Syrians are starving.

The crisis in this country, which has slipped into a cone of darkness, is catastrophic: 14.6 million people are in need of humanitarian aid, and among these are 2.5 million children who do not go to school. Figures that casts endless worry on the future.
Those who have been working on the ground here for eleven years alongside the most vulnerable are blessed with a different perspective on the needs of these people and wish to make a clear appeal to the major donors who will gather in the Belgian city: it's time to change our way of being and acting.

We have to recognize that responding to this crisis with emergency measures - as done so far - is no longer effective.

We need to activate actions that allow us to think about tomorrow and the day after tomorrow, about sustainable development in Syria and throughout the region. The different political situations certainly do not facilitate this transition, and the path is ridden with obstacles.
But, if we do not change our approach, the situation will get worse.

Therefore, we must start again from three pillars: health, agriculture and education.
Healthcare that is accessible to all, agriculture that guarantees families food security and income, education that is training and care for the younger generations, integrated with psychosocial support in schools that have finally been rehabilitated.
On these three pillars, projects can be implemented that involve local authorities and civil society in building a new social fabric and allow displaced people to return, to find a new sense of normality in homes that are no longer temporary.

The feared process of 'Palestinization' of Syrian refugees must be dismantled by encouraging collaboration between the governments of host countries and refugee communities, which together can find tools of mutual recognition, such as certificates of education, training, civil status.
We would like to invite those who meet in Brussels to remove the obstacles that block this restart: the slowness of the approval processes of projects, the logic of silos that prevents joint work between the different Directorates General of the EU (which remains one of the most generous donors), development banks, private actors and civil society.

We ask major donors to promote integrated and multi-year funding with a regional approach: let's not redirect funds destined to Syria towards new emergencies, but let's increase the dialogue between European institutions and all the actors involved, centering it on the dignity of the Syrian population.
Let's promote the partnership between the international institutions and organizations and the civil society, who knows in detail the needs of the Syrian people.

We do not have time anymore, to linger, working in a way that is outdated by reality: at stake is this human and social capital, fundamental for the Middle East, for us, for the whole world.