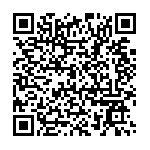 From 28 to 30 September, Youth4Climate took place in Milan, preceding the Pre-COP Summit All4Climate Italy 2021 and shedding a spotlight on the fact that the participation of the younger generations in the global debate on the future of the planet cannot be delayed any longer.

Both events - promoted by the Italian government - have been designed to serve as preparatory meetings to the UN COP26 (Climate Change Conference of the Parties), taking place in Glasgow at the end of October - beginning of November.

From the very beginning, it has been clear that the young participants came to the city with a strong attitude and revolutionary ideas, making a concept that sometimes seems abstract much more concrete: hope.

Greta Thunberg stated in her speech, sparking immediate reactions all over the world with her unyielding attitude.

In this context, AVSI and RES4Africa Foundation worked together to organize two virtual side-events, inviting young changemakers from Africa, too, and providing them with a platform to present their concrete, yet hopefully daring ideas for the future. Hundreds of people logged on, following the young participants as they discussed their own perspectives with each other and got the chance to submit them directly to the decision makers of several international institutions.

On September 28, the “African youth-led Summit” took place, addressing the issues of climate change and renewable energy. The participants debated on the main challenges African and European countries are both being confronted with while switching to a greener economy. As Carmelo Cocuzza - head of unit in Africa, Caribbean, Pacific, Asia and Latin America at the European Investment Bank - highlighted during his opening speech “young people are now the protagonists in global climate action”.

The events followed a system according to which the participants could choose to join one out of four different "breakout rooms" where to discuss different issues. Arthur Woniala, who began his journey in the field of clean energy with AVSI’s support in Uganda, intervened during the discussion on “The role of the youth in driving sustainable innovation”. He talked about his collaboration with AVSI and the experiences that led him to become the founder of a startup, Khainza Energy, that provides clean, affordable biogas.

The second event “Driving a just energy transition - leaving no youth behind”, that took place on October 1, further underlined the need to widen the dialogue on the next steps to take in order to ensure a universal access to clean energy to all the relevant parties, especially those who are often overlooked. In the breakout room “Driving empowerment: the involvement of youth, women and most vulnerable groups affected by climate change” AVSI Focal Person for energy and social entrepreneurship initiatives Francesca Oliva underlined that the energy transition in developing countries is also significantly linked to gender-related issues: “By cooking, women are the ones using energy the most. By inhaling the cooking fuel, they get a lot of pollution and disease. That's why they need to be involved in the decision to solve this problem”.

This is one of the reasons why the recommendations gathered by the young participants focused on the need to start the energy transition now, with equitable and inclusive measures. Education and learning from each other also play key roles in empowering youth participation, that will be essential in this process as young people tend to have a fresher approach to innovation and a very good understanding of local contexts.

As a matter of fact, “In order to tackle climate change, we must move jointly, as no stand-alone action will have an effective impact. We are called to reason in a new way and to think as a global “us”, not anymore as single entities”, Giampaolo Silvestri – AVSI secretary general – reminded during his speech.

Both events were organized with the support of Enel Green Power and the European Investment Bank in partnership with the United Nations Environment Programme and Sustainable Energy for All.